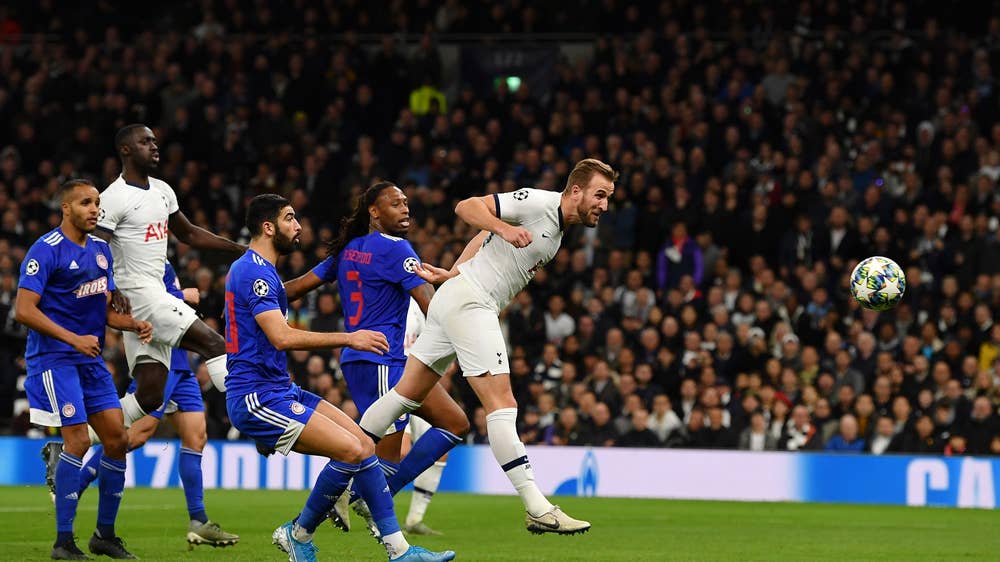 Jose Mourinho on Tuesday became the first man to lead three English clubs in the UEFA Champions League. The auspicious occasion was marked with a spectacular 4-2 comeback win by Tottenham Hotspurs against Olympiacos.

Mourinho before tonight had managed Chelsea and Manchester United in the UCL before adding Spurs to the roster.

It never started well for Spurs in the Matchday 5 encounter as they conceded two goals inside the first 20 minutes of the game.

However, Spurs turned the game on its head thanks to strike from Dele Alli, Serge Aurier and a brace from captain Harry Kane.

Tuesday night was not just about Mourinho as Robert Lewandowski also created a new record.

The Polish striker scored in 14 minutes & 31 seconds the fastest ever quadruple in the history of the Champions League as Bayern Munich pummeled Red Star Belgrade, 6-1.

Elsewhere, Paris Saint-Germain stormed from two goals down with 10 minutes remaining to earn a 2-2 draw away to Real Madrid in their heavyweight Champions League group tussle on Tuesday.

Karim Benzema gave the hosts the lead on 17 minutes before adding another late on in the 79th minute.

However, the Parisians rallied back and their tenacity was rewarded as Kylian Mbappe pounced on a defensive error to pull a goal back in the 81st minute.

PSG were level on 83 minutes through a superb Pablo Sarabia strike. Gareth Bale had the chance to make himself a hero with the Madrid fans but hit the post with a free-kick in the fourth minute of stoppage time.

At the Etihad Stadium, Manchester City could only secure a 1-1 draw against Shakhtar Donetsk but it was enough to see them finish top in Group C with a game to spare.