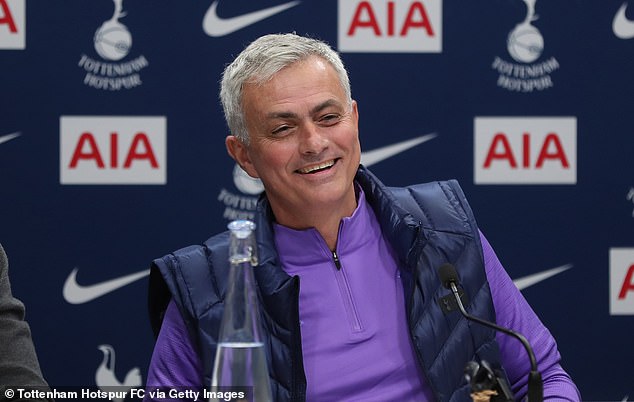 Jose Mourinho got off to a winning start with Tottenham on Saturday as his team secured a nervy 3-2 win over London neigbours, West Ham United, in the early kickoff fixture in the Premier League.

Mourinho surprised many as he chose to leave Christian Eriksen on the bench. That the decision did not hurt the new manager as his team got all three points despite a late home fightback by the Hammers.

Mourinho took the opportunity to move Eric Dier into midfield and hand a recall to Moura, and the pair both played their part as Spurs dominated the early stages in east London.

A first-half goal and assist from Son Heung-min helped set the tone of the day as Spurs ended a miserable run of 12 away Premier League games without a victory.

The South Korea star opened the scoring in the 36th minute and then set up Lucas Moura to get Mourinho’s men up and running, with Harry Kane adding to the scoreline as Spurs climbed to sixth in the table.

Michail Antonio and Angelo Ogbonna netted late consolations but West Ham continued to struggle after a bright start to the season.

Manuel Pellegrini’s side have now lost six of their past seven Premier League games.

For now, at least, a performance of dangerous counter-attacks coupled with an improved defensive display suggest Mourinho may already be on the right path in north London.