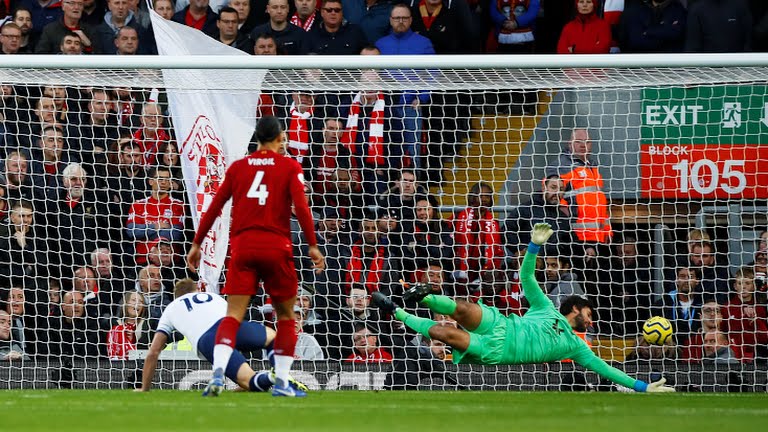 After seeing their perfect run in the Premier League halted last weekend in the away tie against Manchester United, Liverpool will be hoping to return to winning ways as they take on Tottenham Hotspurs at Anfield this evening

This Super Sunday clash is a repeat of the 2019 Champions League final and just as Liverpool won that tie, many tip them to do so again going by their form compared to their opponents.

While Jurgen Klopp’s men are top on the log, Tottenham currently find themselves 10th in the Premier League with 12 points from nine matches.

The Reds dropped their first points of the season at the ninth time of asking last time out, but they returned to winning ways in midweek and take on a Spurs side struggling for form so far in 2019-20.

Liverpool have dominated the recent history of this fixture, winning 10 and losing just one of the last 15 meetings across all competitions.

That includes victories in all three games last season, and should Klopp’s side avoid an upset on Sunday then it would be the first time they have won four games in a row against Spurs since 2015.

The last time Spurs tasted victory at Anfield was in 2011. Since then, they have endured a run of eight games which includes five defeats.

Stay with PREMIUM TIMES for the Live Updates.