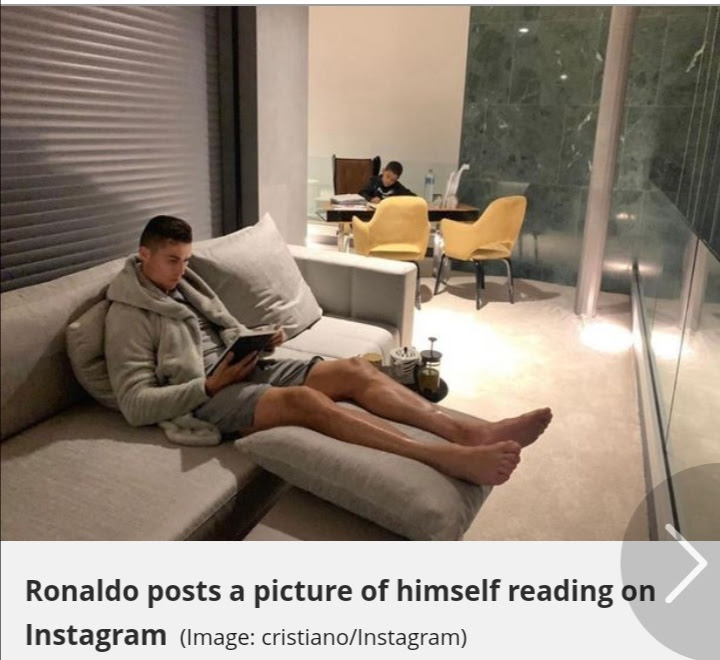 Cristiano Ronaldo, conspicuously-absent from the FIFA Best Awards at the La Scala Opera house in Milan, on Tuesday took to Instagram to express his feelings in philosophical terms.

The News Agency of Nigeria (NAN) reports that Ronaldo missed out as Lionel Messi was named FIFA Best Player of the Year for the sixth time on Monday.

The Juventus superstar was conspicuous by his absence in Milan at FIFA’s glitzy ceremony on Monday night.

Messi took the award ahead of his long-time rival and Liverpool’s defensive rock, Virgil van Dijk.

The FC Barcelona superstar who won La Liga last season as well as the European golden boot last won the award in 2015.

NAN also reports that Ronaldo was not even named by the hosts when the FIFPro World XI was announced, with the 34-year-old treated as persona non grata and no mention being made that one of the eleven was missing.

Ten minutes after the ceremony ended in Italy, the Portuguese superstar took to Instagram to show off what he had been up to away from the event.

He seemed to be immersing himself in a book while his son Cristiano Jr appeared to be doing his homework.

Ronaldo also offered up a few words, although it was not quite discernible whether he was talking about his not being victorious, or his current thigh injury.

“Patience and persistence are two characteristics that differentiate the professional from the amateur,” wrote Ronaldo.

“And keep in mind that after night always comes dawn,” a philosophical Ronaldo declared.