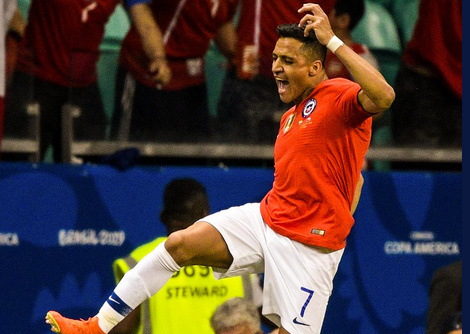 Chile striker, Alexis Sanchez, on Tuesday said he was not given a proper chance to succeed at Manchester United.

The 30-year-old played only 31 of 77 possible games in his 19 months at Old Trafford and signed a season-long loan deal with Inter Milan.

“I was happy at Manchester United but I’ve always said to my friends I want to play.

“If they would let me play, I’ll do my best.

“Sometimes I’d play 60 minutes then I wouldn’t play the next game, and I didn’t know why,’’ Sanchez said.

He was one of the biggest stars at Arsenal, where he scored 80 goals in 166 matches.

A big-money move to United seemed a step up and Sanchez said he did not regret the decision, even if Jose Mourinho, in particular, did not seem to rate him quite so highly as others.

“I’ve always said that it’s the club that’s won the most in England.

“When I went to Arsenal it was fantastic.

“I was happy there, but United were growing at the time, they were buying players to win something.

“I wanted to join them and win everything.

“I did not regret going there.’’

Xenophobia: Reps may end recess over attacks on Nigerians in South Africa – Gbajabiamila