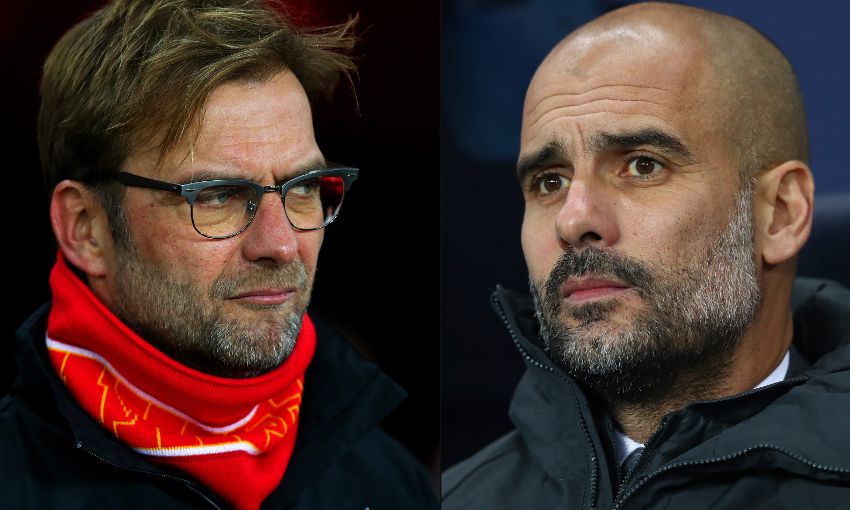 After their nervy fight for the Premier League title last season, Liverpool and Manchester City are set for the season opener in the Community Shield.

Due to City’s domestic treble, Liverpool booked their place in the Community Shield for the first time since 2006 by virtue of their second-placed finish in the Premier League.

While City are a fearless team with abundance of talents, they certainly count Liverpool as their bogey team, having lost this encounter on seven of nine occasions in the Premier League and Champions League before last season.

The most memorable of those Liverpool triumphs was a 3-0 Champions League quarter-final win at Anfield in 2018, followed up by a 2-1 second-leg victory at the Etihad Stadium.

Stay with Premium Times for live updates of Sunday’s encounter at Wembley.

Oga, we have not gotten the intro

Chance for Liverpool.. Good pass to Salah but the Egyptian fails to convert from close range

Raheem Sterling continues from where he stopped last season

Awful goalkeeping by the Liverpool goalie

Kevin De Bruyne directs a ball squarely in the box, but Alisson Becker runs out to collect the ball

Chance!!! Mohamed Salah forces a good save from Claudio Bravo who turns the ball behind for a corner!

Off target.. Salah with another missed chance

Corner kick for Liverpool.. Can they get back with this set piece

No… Good Defending by City

Another injury blow for City

David Silva the victim and Pep Guardiola is understandably livid

Origi tries to wriggle his way through.. He is brought down and Liverpool get a free kick

Second half already underway at the Wembley stadium

CHANCE! Raheem Sterling finds himself in a 1 on 1 situation with the keeper… His effort hits the bar

A shot by Georginio Wijnaldum is blocked.. Liverpool looking for an early equaliser

Virgil van Dijk tries to head the ball to a team mate, but it’s intercepted by an opponent player

Origi back on his feet after an initial injury scare

Joel Matip gets the equaliser for the Reds

Jordan Henderson replaced by Adam Lallana in a tactical substitution.

Naby Keita with a good effort for Liverpool.. But the City keeper makes a crucial save

Close!! Salah’s strike deflected and hits the top of the net

Game goes into straight penalty kicks if no inner inside 90mins

The Reds come close again but Claudio Bravo make the save

All over.. Liverpool 1-1 Manchester City.. We head straight into the penalty kicks

Another brilliant display by Liverpool and Manchester City

The Community Shield contest has lived up to the hype…

Shaqiri to take the first kick for Liverpool… Goal.. He scores

Godgogan scores for City.. Game on!

Wjadalum loses.. Bravo makes a save for City

Lalana scores for Liverpool .. Low drive into the net

Chamberlain fires into the roof of the net ..Goal for Liverpool

Salah must score to keep Liverpool in the game.. He scores!

Gabriel Jesus has the chance to win it for City.. He scores Manchester City win the Community Shield

Another Silverware for Pep Guardiola