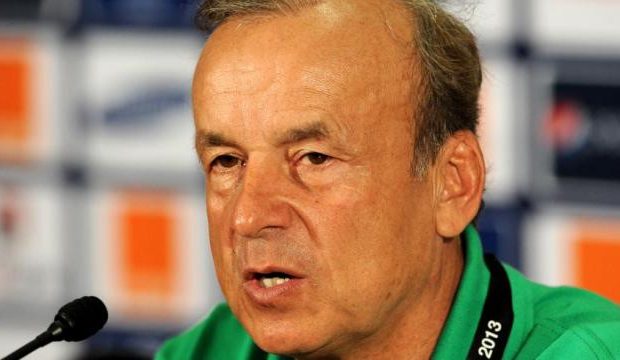 The Super Eagles were not clear favourites for the 2019 Africa Cup of Nations Cup. But Gernot Rohr, who has to answer queries on his suitability for the future of the team, got the Eagles to the semifinal (football federation’s target), despite some unconvincing performances, especially from his chosen goalkeeper.

After missing the last two AFCON tournaments, the Super Eagles arrived in Egypt to reclaim their seat at the table of African football heavyweights and they largely made their mark, claiming third place.

But the performances of some players and the manager have left a lot of questions to be answered while the dark green jersey became a purveyor of bad luck.

Akpeyi was not the best choice for the Eagles

The chosen one, Daniel Akpeyi, was a bundle of nerves throughout the tournament – starting in five of the seven games, and conceding four goals. Ikechukwu Ezenwas conceded twice, against Madagascar, none of which was his fault while the third goalkeeper, Francis Uzoho, left Egypt without conceding, though he played just one match.

The last goal Akpeyi conceded was comical, to say the least, and because it effectively knocked out the Eagles, the opprobrium will last a while. After he set up a wall against Algeria in the last minute of a semifinal match, he then stayed behind the wall quite plainly so much that Algeria’s Riyad Mahrez saw the gap and fully utilised the opportunity, leaving the Eagles no leeway to get back in the game.

Amidst the abuse and the deep sighs, we ([Nigerians) all knew we went to the Nations Cup with goalkeepers that can best be described as ‘Folorunsole’, meaning the Eagles played with a one-man handicap! But the blame is on Rohr, who chose the three inadequate goalkeepers to Egypt, when he could have looked through the local league and found a more adequate replacement.

In seven matches played in Egypt, the Eagles scored nine goals – five from Odion Ighalo, who ended the tournament as the highest goal scorer and subsequently retired.

Rohr told the BBC that the Super Eagles are ‘already at a good level’ – an assertion many football fans want to disagree with. A former Super Eagles striker, and now, commentator and pundit, Jonathan Akpoborie, was very pungent with the supposed pass mark given to the 66-year-old German by the Nigeria Football Federation president, Amaju Pinnick.

“Let me explain something to you, sir, coaching is talent. Rohr does not have it. Stop wasting Nigeria’s money.”

A popular name on Twitter, Japhet Omojuwa believes the German has done well but can be allowed to leave. “The same Algeria we beat 3-0 and had a draw with during the WCQ, look at how much they’ve improved? That’s the impact of a coach. Rohr has tried his best. Didn’t do too badly. But he is not the future.”

Though he added a caveat, “If you (NFF) don’t have a world-class replacement for Gernot Rohr, just leave the man there.”

Meanwhile ‘Qudus’ also wrote on Twitter, “Rohr discovered a lot of young talent, we don’t do permutations to qualify again; players are not fighting each other in the camp.

Nigerians want NFF to sack Rohr & hire [Emmanuel] Amuneke so we can go back to days of permutations to qualify. Why do Nigerians like backwardness?”

In an interview with Joy TV after the 1-0 win over Tunisia, Rohr asserted that he would also make his own decision concerning the Super Eagles job because he has options.

Rohr was pointedly asked by if he had done enough to stay as manager of the Eagles and he said, “I am not sure to stay in Nigeria because I also have other possibilities – to go, to leave, to work in other places.

“I heard they wanted to continue with me – okay, but me also, I can make my decision. So, I will think about it and I will give my answer in a few weeks.”

He revealed Algeria to be his toughest opposition. He also said that before the Tunisia match, he told the players to show what they ahem learned. He likened his term as Nigeria manager as a learning curve – both for him and the players

“You progress and don’t do the same mistake”, he added. A faulty notion considering the similarity in the way and manner his team has lost to Argentina and Algeria at the World Cup and Nations Cup respectively.

He added in another interview, “The team is already on a good level. After the World Cup, we tried to rejuvenate the team.

“When you’re playing in the semi-final of this big tournament you are already at a very good level.”

The question to answer – first by the NFF – is, “Can Rohr take the Eagles higher than what he has already done?”

The answer should be the compass to whether Rohr is released or retained!