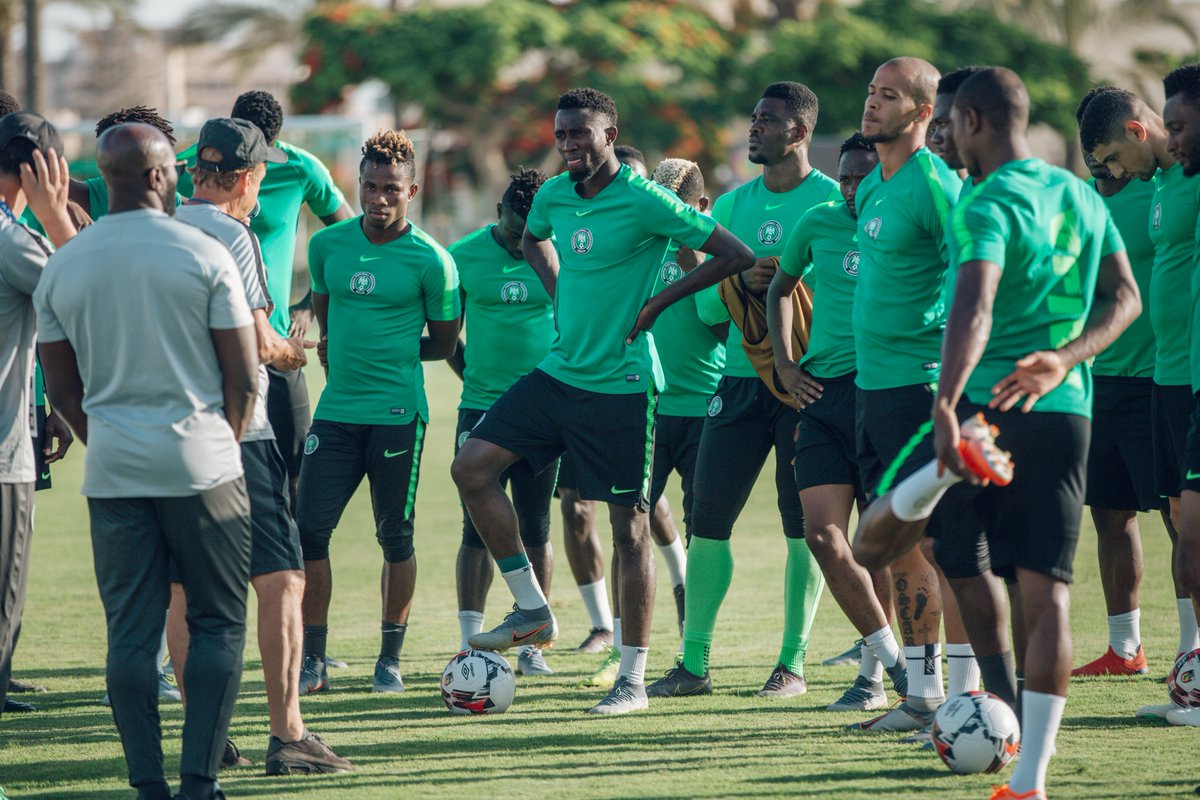 The Super Eagles of Nigeria are set for their 14th semi-final match in Africa Cup of Nations’ history as they take on the Desert Foxes of Algeria on Sunday at the Cairo International Stadium.

For the Super Eagles to qualify for the final of the biennial football tournament, they would have to overcome the threat posed by their North African foes.

The Super Eagles have qualified for the final only once in their last five games at this stage of the competition. That was against Mali on February 6, 2013 (4-1).

This is the ninth time Nigeria and Algeria will be confronting each other in the Africa Cup of Nations, thus becoming the encounter played the most for each of the two teams in their AFCON history.

At the AFCON, the record between the two teams is perfectly balanced: three wins for each side and two draws.

Super Eagles coach Gernot Rohr admits that this is perhaps his team’s biggest test in Egypt despite having had to eject defending champions Cameroon. The Eagles also defeated South Africa who sent tournament host, Egypt, packing.

“The next match in a championship is always the toughest, so it is always important to approach it that way. That is why we must now forget what we achieved against South Africa in our quarter-final match and start to build up towards the semi-final.

“There is no time to rest on our oars. We must make all the sacrifices we can now to achieve our objectives at this tournament. We must stay focused and be fully committed.” the Franco-German tactician stated.

The victory over South Africa took Rohr’s record with Nigeria to 20 wins in 34 matches. He has drawn five and lost nine.

He would be hoping to better that record against Algeria,/ a team he has played twice in his reign as Super Eagles’ coach.

To make it this far at 2019 AFCON, the Super Eagles started slowly with 1-0 wins over Burundi, and Guinea before slumping to a shock 0-2 loss against tournament debutants, Madagascar.

However, three-time champions Nigeria turned on the style in the Round of 16 where they overcame Cameroon in a five-goal thriller, winning the tie 3-2, and then defeating South Africa 2-1.

Algeria on their part have been phenomenal right from their first match. They won all their group matches without conceding any goal until their quarter-final game against Cote d’ Ivoire.

While the likes of Riyad Mahrez and Alex Iwobi will easily be picked as star faces in two teams, there are silent workers in the Algeria and Nigeria team propelling their team forward.

Algeria’s midfielder Adam Ounas has been involved in a goal every 30 minutes in the Africa Cup of Nations 2019 (3 goals, 1 assist in 121 minutes played), the best ratio in the tournament.

On their part, Nigeria’s midfielders Peter Etebo (46) and Wilfred Ndidi (41) have won more possessions in the Africa Cup of Nations 2019 than any other outfield player.

Nigeria won their first AFCON title in 1980 by beating Algeria at the National Stadium, Lagos, while the Desert Foxes overcame the Super Eagles 10 years later to win their only African crown.

An explosive encounter is expected in Cairo on Sunday night.