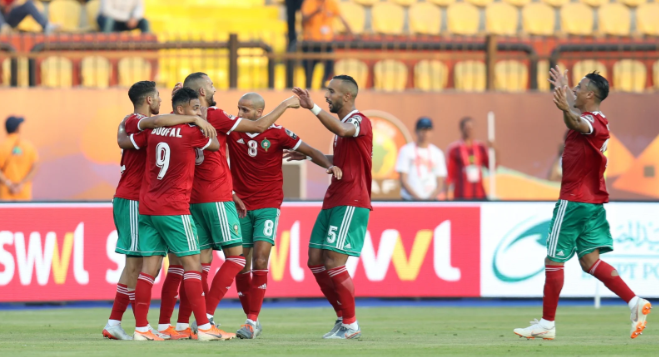 A last-minute own goal handed Morocco a narrow 1-0 victory over plucky Namibia at the Africa Cup of Nations on Sunday in a far-from-convincing start from one of the pre-tournament favourites.

Substitute Itamunua Keimune botched an attempted clearance and headed the ball into his own net at the end of a free kick from Morocco midfielder Hakim Ziyech in the 89th minute of the opening Group D game at the Al Salam Stadium.

Morocco coach Herve Renard, who has won two Cup of Nations titles, had warned that the opening game for many of the tournament favourites may be difficult.

But his heroics did not extend to the last minute as Morocco took all three points in fortuitous circumstances.

The free kick evaded several defenders before the bounce caught out Keimune who inadvertently steered it past his own goalkeeper in a heartbreaking outcome for underrated Namibia.

Namibia are playing in just their third Cup of Nations.

Kazapua saved several efforts throughout the game, including a quick-thinking scramble with an outstretched leg in the 72nd minute to keep Morocco at bay.

The 47th-ranked team in the world were expected to have a comfortable start.

Morocco dominated a game in hot temperatures where the tempo was languid but looked increasingly desperate as the game wore on.

Renard brought on three strikers in the second half with Sofiane Boufal proving lively but also off-target with his efforts.

The other two teams in Group D — Ivory Coast and South Africa — play their opening game on Monday. (Reuters/NAN)