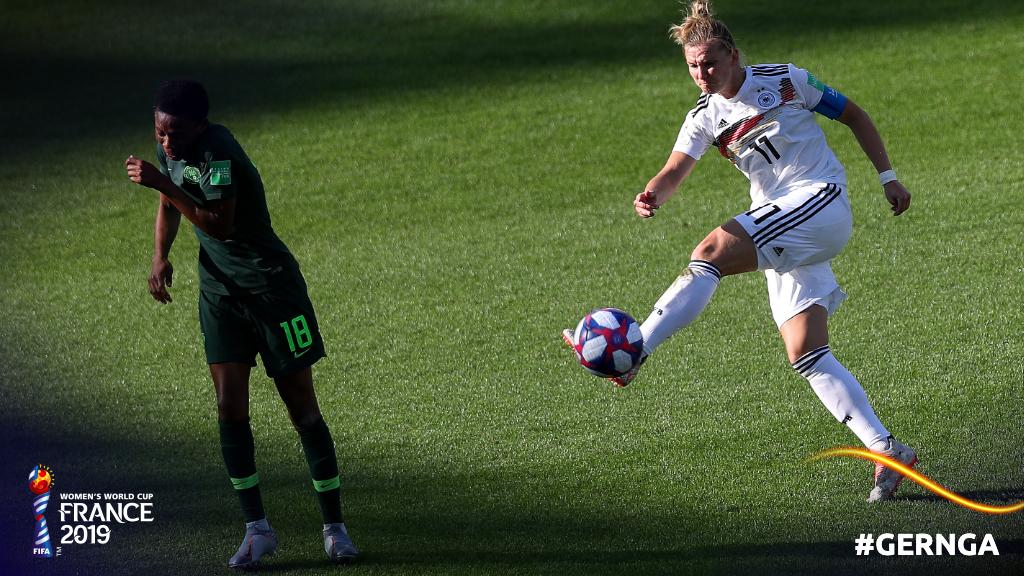 Nigeria crashed out of the Women’s World Cup on Saturday after losing 0-3 to Germany in a riveting match that tested both sides well.

Germany scored twice in the first half and then completed the tally in finishing minutes of the game.

The first goal by Alexandra Popp was a header following a corner kick.

A questionable VAR decision allowed the goal, brushing aside the fact that Svenja Huth was standing in front of goalkeeper Chiamaka Nnadozie, offside, arguably interfering with play.

The second goal by Sara Dabritz arose from a penalty after an unintended but harsh tackle on Germany’s player. Lea Schuller completed the record after driving a ball let free by Nigeria’s error.

Nigeria played with great resolve and showed skill, but the Falcons had trouble converting chances against a German side that never really looked unbeatable.

Nigeria met its goal of progressing from the group stage for the second time, since losing in the quarterfinals to Brazil in 1999.

Thomas Dennerby, Nigeria coach, said, “I think we showed the whole world that Nigeria have a team that has improved a lot. Of course you’re not satisfied to go out but you also have to recognise where we came from – and we’re just not ready yet. It’s important to play high-level teams like Germany because the players can see that even the smallest mistakes get punished. But the second half was really good and now we just need to focus on improving and using all the FIFA dates to play matches. Because we have some really talented players back in Nigeria.”

Germany will play either Sweden or Canada on the quarterfinals.