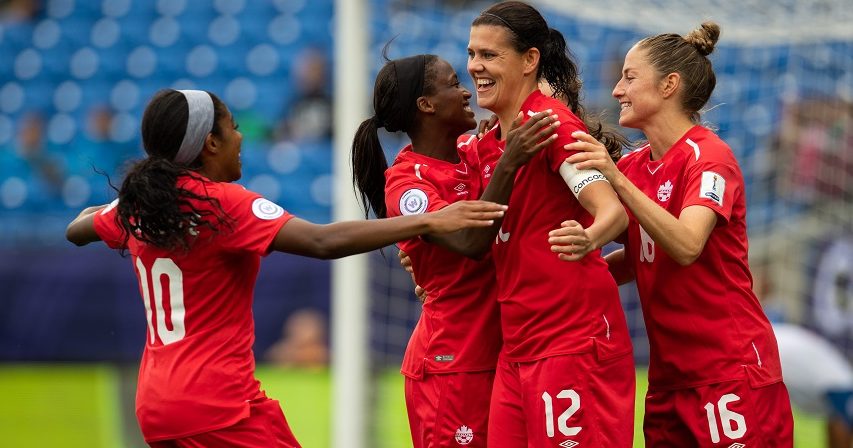 Two second-half goals gave Canada a 2-0 win over New Zealand on Saturday to book their place in the last 16 of the 2019 FIFA Women’s World Cup in France.

Canada dominated the first half and Fleming put them ahead three minutes after the interval.

This was after a fine run by Prince who cut the ball back for her teammate to score from eight metres.

The result takes them to six points, equal with Group E leaders the Netherlands, who beat Cameroon 3-1 earlier in the day.

“It is a great team, I can trust the players,” Canada manager Kenneth Heiner-Moller said. “Players from the bench are contributing and the team is getting better.”

The defeat means the New Zealanders have now gone 14 games without a win at the women’s World Cup.

They never had a shot on target the whole game and ended the match with just 30 per cent of possession.

They lost their opening match against the Netherlands and sit bottom of Group E with only a faint chance of progressing to the second round.

“I think we were holding on from the start, to be honest, and never got a foothold in the game,” said coach Tom Sermanni. “We were thoroughly outplayed. So, I have to congratulate Canada on an outstanding performance.

“But some of the things we did well against the Dutch, we didn’t do tonight.

“I don’t think we won a challenge or won any kind of loose ball, and we never got close enough to put pressure on the Canadian players.

“You can’t take away from how well Canada played, but on the other hand we never got close to them physically or put them under any pressure.”

Canada’s clean sheet extended to 256 minutes their run without conceding a goal at the World Cup which goes back to 2015.

“We’re excited as a group to get the win,” said player of the match Fleming. “We wanted to come out of the group stage with three wins, so that’s two down and one to go.”

The Canadians now play the Netherlands on Thursday, while New Zealand meet Cameroon the same day.

NAN board chairman, others elected on Executive Board of IPI