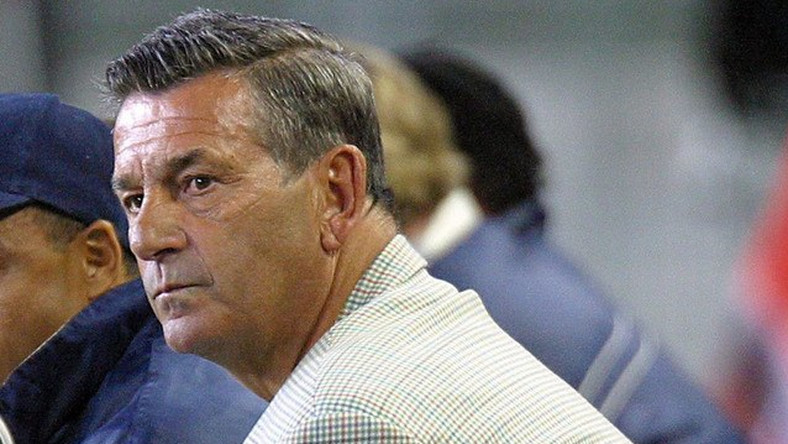 The Federal Government on Monday in Abuja presented documents of the apartment promised to former Super Eagles’ chief coach Clemens Westerhof for leading his team to world glory in 1994.

The Minister of Power, Works and Housing, Babatunde Fashola, who made the presentation on behalf of government said it was regrettable that a promise took so long to redeem.

“It is unfortunate that this is a promise that has taken us so long to redeem. But it is indeed better late than never in this case,’’ he said.

Mr Westerhof, a citizen of Holland, had in 1994 led the senior male national football team to Nigeria’s second continental triumph.

The team had won the Africa Cup of Nations (AFCON) at Tunisia, coming 14 years after the country’s first triumph in Lagos in 1980.

His team went on to shock the world at the 1994 FIFA World Cup in the U.S., where they lost in the second round 1-2 to Italy after extra time.

Mr Fashola said Nigeria as a country and all Nigerians as a group are grateful to the Dutchman because he really did the country proud with his achievements.

“I thank Westerhof on behalf of all of us for the services he rendered to Nigeria, and we are proud that he has come to receive the documents alive,’’ he said.

The minister went on to disclose that Mr Westerhof’s apartment was under renovation and he would only get the keys after the apartment was ready for occupation.

Mr Westerhof, while responding, said he was highly surprised and thankful that he was finally getting the apartment which is in Gwagwalada in the Gwagwalada Area Council of the FCT.

“I am thankful to you all, and now I can feel myself more of a Nigerian now. I can now stay here when it is so cold back there in Europe.

“I also thank God for this blessing of being invited here today to collect my papers. I hope I will soon get my keys, because you never know with Nigeria,’’ he said.

The former Super Eagles Chief Coach assured that Nigerians would now see him more in Nigeria, because “this is my second fatherland’’.

“I got a lot of support here, from the late Gen. Sani Abacha, the late Augustus Aikhomu and many others everywhere.’’

The Dutchman praised his team for the players’ resilience, saying he was grateful and happy that the players coped with his regime of training.

“Nigeria is a country where people love to win at all times, and Nigerians were not ready for any nonsense.

“This was very clear to my players, and that is why we were able to move the country from number 79 on the rankings to number five by the end of the World Cup.

“But my trainings were hard and tough, but the players still coped,’’ he said.

Mr Westerhof then expressed regrets at the death of some members of the team, such as Rashidi Yekini, Thompson Oliha and Stephen Keshi, and prayed for the repose of their souls.

Earlier at the occasion, Dickson Onoja, the Director of Public Buildings at the Ministry of Power, Works and Housing, had traced the history of the promise made by the federal government.

He said government’s promise was a fallout of a historical achievement by Nigeria 25 years ago, then under the leadership of the late Head of State, Sani Abacha.

“Abacha had then in 1994 announced the package, but it was not until 2017 when Bonfrere Jo, who was one of Westerhof’s assistants, sent a passionate letter of appeal to government on the matter.

“Our minister (Fashola) looked into the matter and Bonfrere Jo got an apartment. Few months ago, Westerhof sent in his own and the minister instructed that the right thing must be done again, and that is why we are here today,’’ Mr Onoja added.

The Minister of Youth and Sports Development, Solomon Dalung, was represented at the occasion by Tayo Oreweme, the ministry’s Director of Federations and Elite Athletes Development (FEAD).

The President of Nigeria Football Federation (NFF), Amaju Pinnick, was also represented at the occasion by the federation’s Second Vice-President, Shehu Dikko.