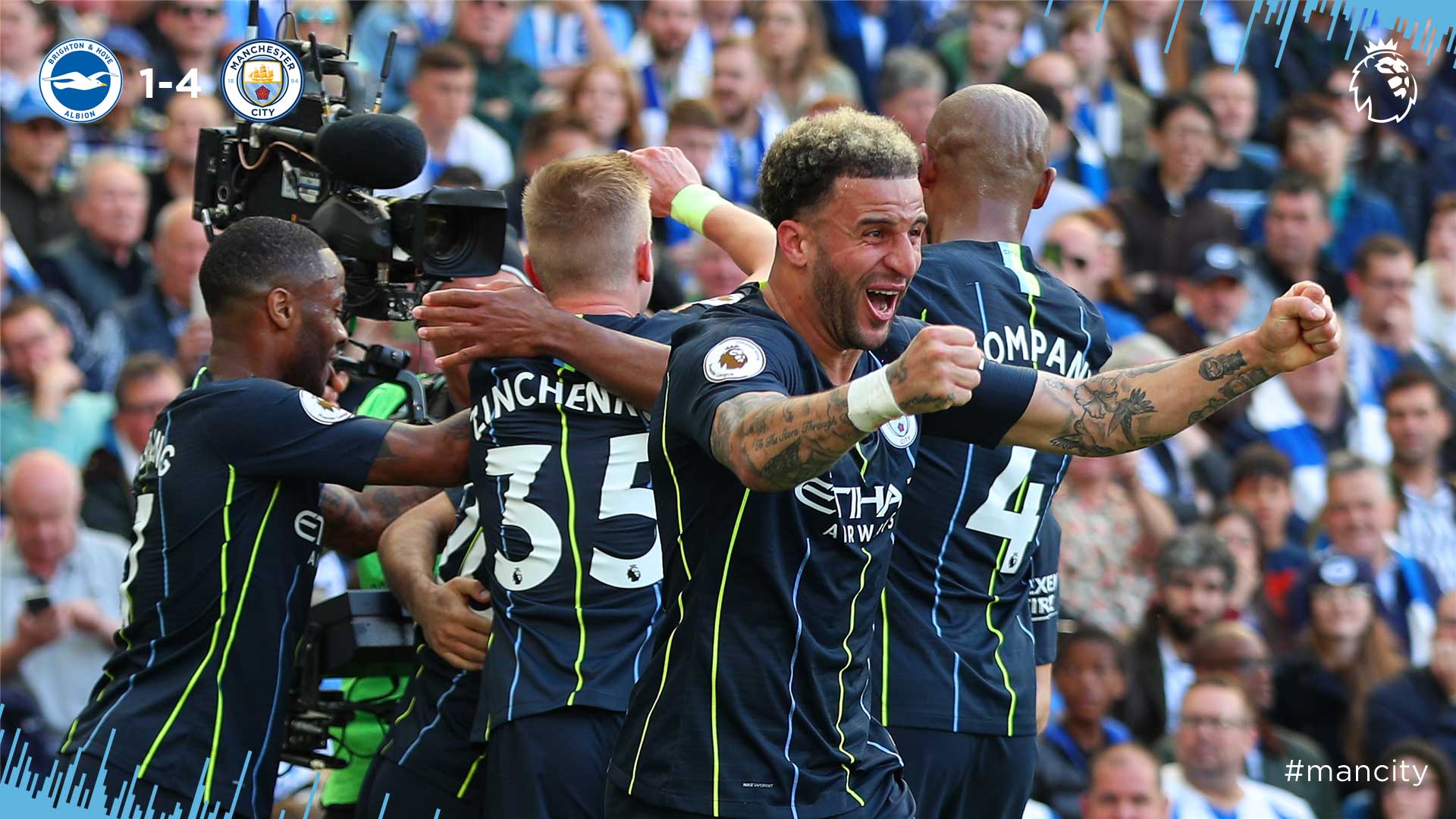 Manchester City have emerged champions in the English Premier League for the second successive season following their 4-1 demolition of Brighton on Sunday in the final game for the 2018/19 season.

With the win by the Cityzens, they secured 98 points; one ahead of Liverpool who also won their final game of the season against Wolverhampton

City entered the clash at the Amex, one point clear of second-placed Liverpool, knowing that a victory over the Seagulls would see them become the first side to retain the Premier League title in 10 years.

Liverpool kept to their end of the bargain by beating Wolverhampton Wanderers at Anfield to move onto 97 points for the campaign, but City’s success saw them end on 98 points at the conclusion of a stunning title race.

Brighton entered the match having not beaten City in the league since 1989. Liverpool were looking for a huge favour from Chris Hughton’s team, but it never looked like a possible outcome despite the home side taking the lead.

Liverpool took the lead against Wolves in the 17th minute, and it was almost as if City knew

They were behind for less than the blink of an eye, though, with Aguero levelling the scores in the 28th minute as he coolly slotted through the legs of Ryan after collecting a superb flick from David Silva.

City took the lead in the 38th minute when Aymeric Laporte headed a Mahrez corner into the back of the net.

Guardiola’s side started the second period on the front foot and their third goal arrived when Mahrez worked some space outside the penalty box before finding the top corner with an explosive strike.

It was a goal that all but secured the title, with Brighton needing a miracle to hit back.

Gundogan sealed victory when he curled a wonderful free-kick into the top corner for 4-1 in the 72nd minute.

Brighton finish the campaign in 17th position, while City will look to complete a domestic treble when they face Watford in the FA Cup final next weekend.

While Liverpool could not win the title, their player Mohamed Salah emerged as the top scorer for the second successive season; finishing the season with 22 goals and eight assists.

Interestingly, the duo of Sadio Mane and Pierre Aubameyang also finished with 22 goals but with fewer assists.

Ekweremadu pledges to retire from Senate in 2023