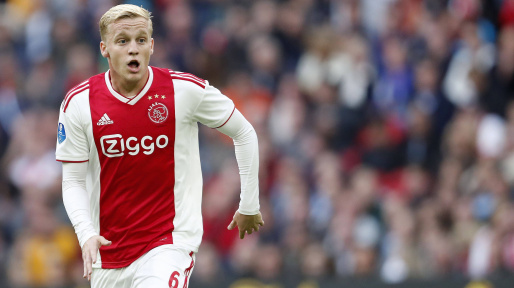 Ajax Amsterdam’s Donny van de Beek grabbed an early goal to secure a precious 1-0 victory at Tottenham Hotspur in the first leg of their Champions League semi-final on Tuesday.

The 22-year-old struck in the 15th minute to give Ajax a crucial away goal and leave Spurs facing a daunting task in Amsterdam if they are to reach the final for the first time.

Ajax, having already knocked out Real Madrid and Juventus en route to their first semi-final in Europe’s elite competition since 1997, were too pacey for a labouring home side.

They were especially enterprising in the first half during which they could have put the tie to bed.

Tottenham did improve after the break but Ajax defended their lead diligently to restrict the home attack and almost scored a second goal late on when David Neres hit the post. (Reuters/NAN)

No part of Nigeria will suffer neglect during my tenure — Buhari