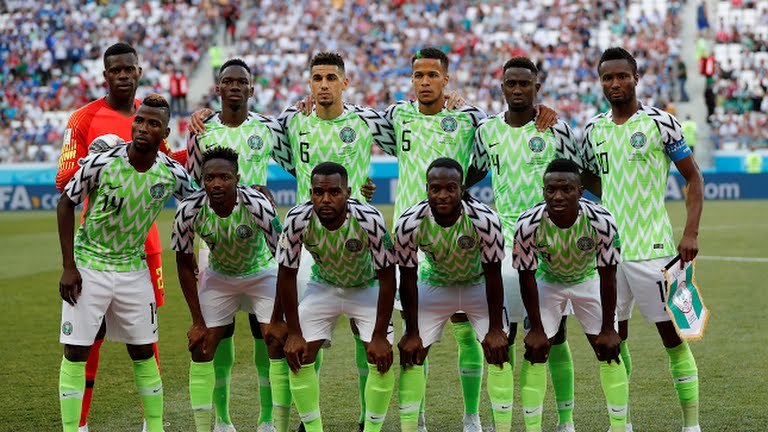 The Super Eagles of Nigeria on Friday defeated Seychelles 3-1 at the Stephen Keshi Stadium as they ended their 2019 Africa Cup of Nations qualifiers on a commendable note.

Odion Ighalo gave the Super Eagles the lead from the penalty spot and while the fans were expecting more from the Nigerian team they were shocked as Rody Melanie equalised for Seychelles.

The goal by Seychelles was first against the run of play and was particularly aided by a costly error by Super Eagles goalkeeper Francis Uzoho.

However, the Super Eagles ensured that they still got the win they were tipped to get as goals from Henry Onyekuru and substitute Moses Simon saw the game end 3-1 in favour of Gernot Rohr’s men. However, the victory was far from convincing.

William Troost-Ekong and Kenneth Omeruo were the preferred pair at the centre-back partners, with Leon Balogun who is just returning from injury, sitting all through on the bench.

Also, Shehu Abdullahi regained his right-back spot after missing out on the previous games through injury.

While Galatasaray winger Onyekuru made his full international debut in a competitive tie, replacing the unavailable Samuel Kalu on the right wing of a 4-3-3 formation – with Odion Ighalo leading the line.

The Super Eagles tried unsuccessfully to break Seychelles team for over a half-hour, but a respite came when Jude Nancy fell Wilfred Ndidi in the box and the referee pointed to the spot.

Ighalo took the resulting kick and he sent Ha Kong the wrong way to net his seventh goal of the qualifying series.

The Super Eagles almost got another goal when Oghenakro Etebo expertly played a free-kick just outside the Seychelles box but the keeper parried the ball to safety.

Against all odds, Rody Melanie levelled for Gavin Jeanne’s side after Uzoho’s howler, from an indirect free kick, gifted the visitors their second goal in qualifying.

Five minutes after the restart, Henry Onyekuru finally got his name of the scorer’s sheet as Nigeria got back in front.

Ighalo made way for Simon late in the game after falling badly and the Levante winger took the chance as he scored to make the tie end 3-1.