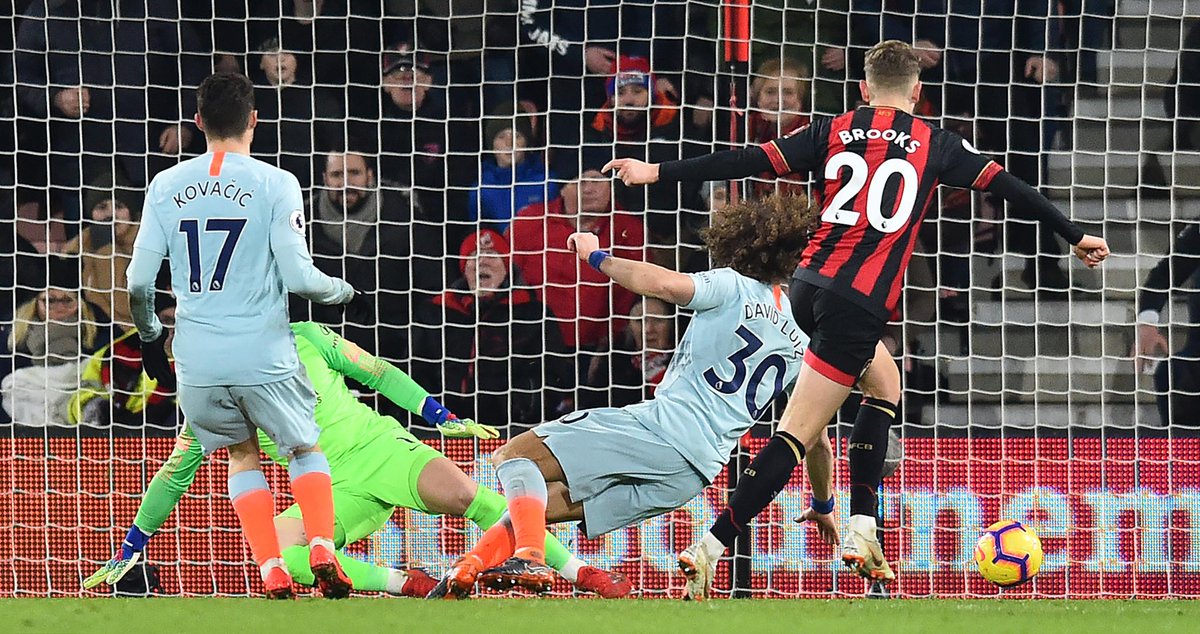 More surprising results were recorded in the Premier League games played on Wednesday as the battle for match points gets more intense in the English top flight.

At Anfield, the expectation was that the Reds will make the most of the slip by Manchester City in their Tuesday match against Newcastle. But that was not the case as Liverpool could only manage a 1-1 draw against the Foxes.

Sadio Mane had given Liverpool an early lead in the third minute. While one would expect Jurgen Klopp’s men to fire on from there, it was Leicester City that clawed their way back to have a share of the spoils.

At the Vitality Stadium, Chelsea put up a shambolic display on Wednesday night in their Premier League clash against Bournemouth. They paid heavily for it, losing 4-0.

Chelsea began the match looking to cement their position in the top four after a difficult period for Maurizio Sarri. Bournemouth, however, needed to improve on their woeful defensive record.

While the home side invited pressure, nobody could find a way past Artur Boruc. At the other end, Kepa was similarly capable of palming away anything sent at him.

In the second half, it took just two minutes for Joshua King to put his side ahead after an excellent David Brooks pass from the left.

Brooks then had the favour returned by King as he doubled the lead, shortly before leaving with an injury. King made it three, before Charlie Daniels’ injury-time fourth.

The defeat leaves Chelsea in fifth – the scale of the defeat allows Arsenal to leapfrog them on goals scored. Bournemouth moves to 10th.