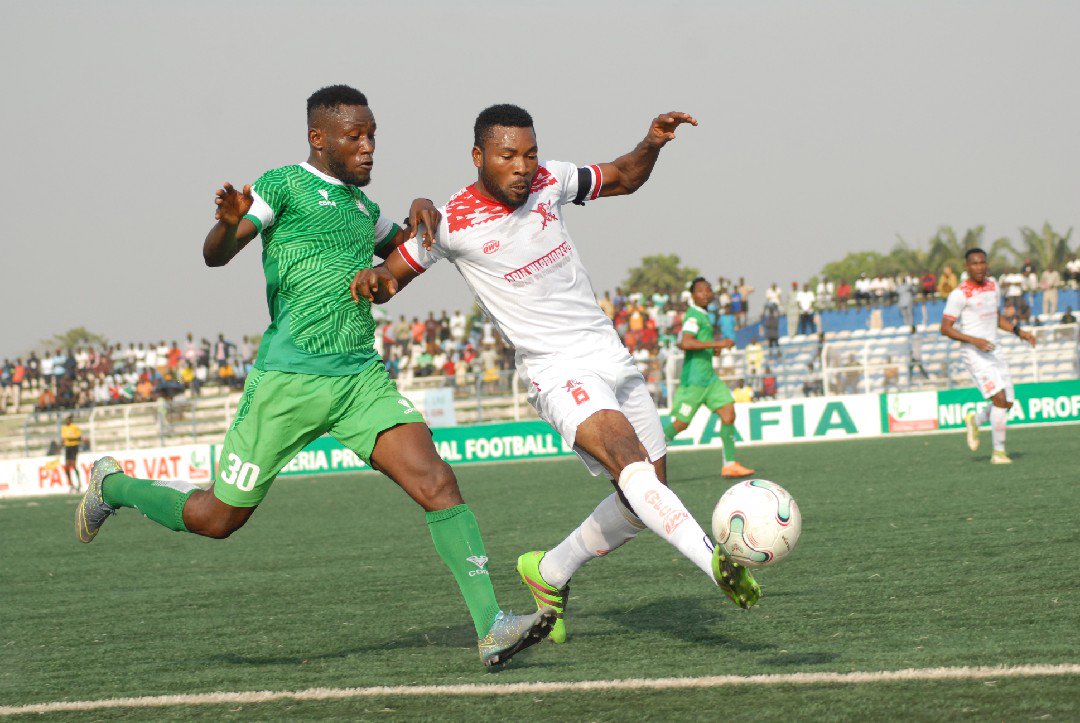 Action has finally resumed in the Nigeria Professional Football League and the opening day produced all shades of results.

In Aba, Enyimba got off to a bright start as they beat MFM FC 2-0 to stake claim to the number position in Group A of the now abridged NPFL.

Kwara United and Sunshine Stars ended their game in Ilorin 1-1.

The other games from the group did not hold as they have been postponed by the League organisers.

In Group B, El-Kanemi Warriors caused a stir as they recorded the first away win of the season; beating Akwa United 1-0 in Uyo on Sunday.

In Kano, Pillars got off to winning start as they pipped visiting Heartland FC by a lone goal.

Sunday Chinedu’s 16th-minute goal was enough for Pillars to get maximum points on the opening day of action in the league.

Elsewhere, Nasarawa United pipped Abia Warriors 1-0 in Lafia while reports suggested that there was crowd trouble in Jos following the barren draw between Plateau United and FC Ifeanyiubah.