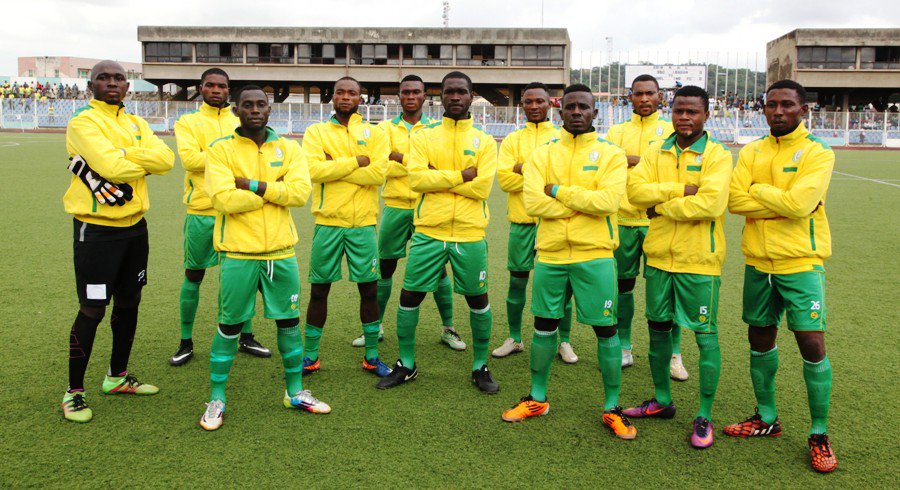 Four teams have secured promotion to play in the Nigeria Professional Football League (NPFL) for the upcoming season.

The newly promoted clubs are Gombe United and Kada Stars from the Northern Conference of the Nigeria National League, while Bendel Insurance and Remo Stars got the promotion tickets from the Southern Conference.

The four teams confirmed their elite position following the conclusion of Match Day 3 games of the NNL Super 8 taking place in Aba on Wednesday.

Despite playing a barren draw in their final group game on Wednesday, Kada City and Gombe United finished ahead of Kogi United and Real Stars in their group.

Though Kogi United beat Real Stars 2-1 on their own part, it was not enough to get them promotion from the NNL to NPFL.

Bendel Insurance also confirmed their return to the Nigeria Professional Football League after 11 years absence with a 1-0 win over Shooting Stars.

The Benin Arsenal ensured their promotion in style as Charles Omokaro’s 11th minute strike meant they won all their three games and conceded no goal.

In their first two games, Insurance had defeated Delta Force 3-0 and Remo Stars 1-0.

On their part, Remo Stars will also participate in the 2018/19 NPFL season after they edged Delta Force 2-1 in their final game.

Remo stars are returning to the elite division after a two-year absence.

Meanwhile, the 2018/19 NPFL season will be commencing on Sunday January 13 as earlier advertised.

While the opening day fixtures have been released, games involving the newly promoted teams have been shifted to a later date yet to be announced.