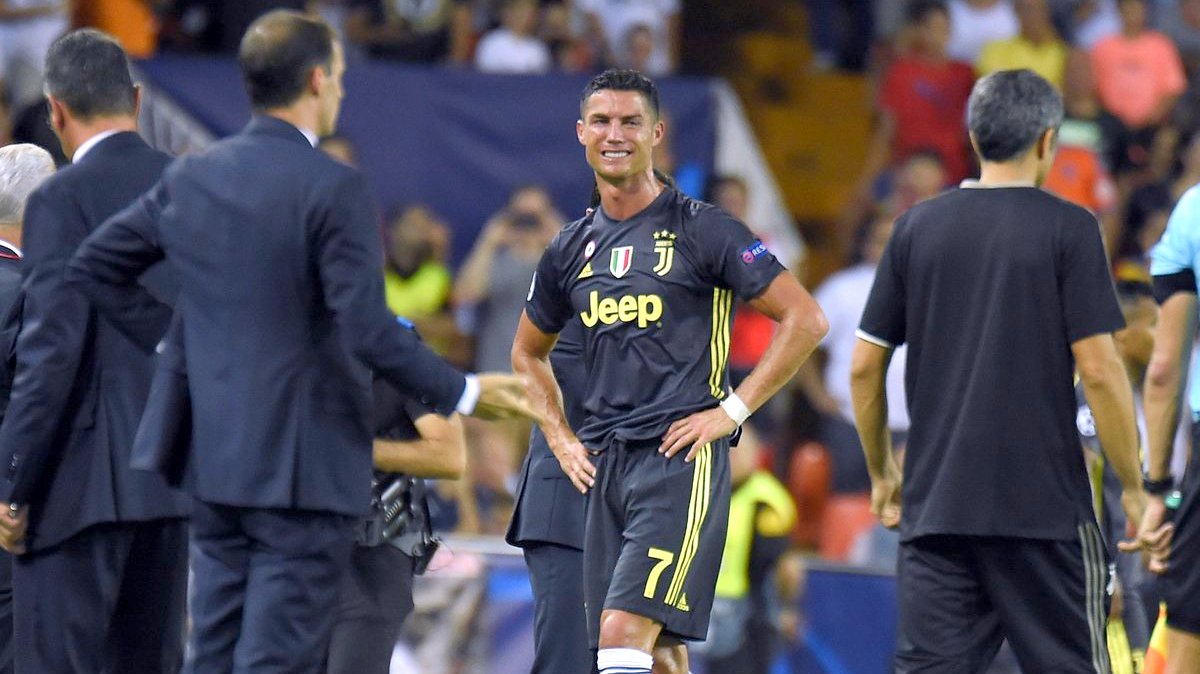 There was much drama in Wednesday’s Champions League games played across Europe.

The biggest talking point would be the “controversial” sending off of Cristiano Ronaldo in what was his debut Champions League game for Juventus.

The Portuguese star was reduced to tears when he was shown a straight red in the 29th minute for an off-the-ball incident in the game at Valencia.

Ronaldo protested his innocence and his tears continued as he headed for the dressing room.

However, Juventus got the job done as they scored two goals from the penalty spot through Miralem Pjanic in the 45th and 51st minute.

Unless an appeal is made and the red card is reversed, Ronaldo will not only miss the home game against Young Boys but could miss the double-header against Manchester United if he is banned for three games.

At the Etihad Stadium, there was also a dramatic result as Premier League champions, Manchester City were surprisingly beaten 2-1 by Lyon.

The French side raced to a two-goal lead in the first half courtesy of goals from Maxwell Cornet and Nabil Fekir.

Although Pep Guardiola’s men pulled one back in the second half through Bernardo Silva, it was not enough to save their day.

Nigerian govt to generate N6 billion from concession of 20 Silos