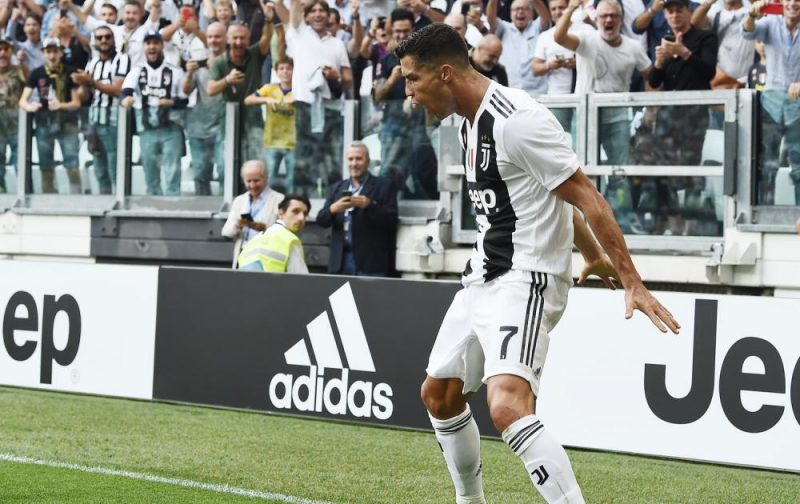 After firing blanks in his first three games for Juventus; Cristiano Ronaldo is now up and running as he scored twice on Sunday to help Juventus to a 2-1 win over Sassuolo in their Serie A clash in Turin.

Ronaldo joined the Bianconeri for €100 million this summer but failed to score in his first three matches despite registering almost 27 shots.

However, relief came for the Portuguese star and millions for his fans across the world in the 50th when Gian Marco Ferrari’s wayward defensive header hit the upright and Ronaldo was quickest to react on the rebound from a yard.

As expected after breaking the jinx, Ronaldo went on to add another one in the 65th to give Juve a 2-0 lead.

Sassuolo mustered a fightback and did get a consolation goal through Khouma Babacar in the 90th but it was not enough to deny Ronaldo and his teammates their fourth victory in as many games.

There was a sour point for Juve in Sunday’s win as in time added on, Douglas Costa was given his marching orders after spitting in the face of Federico Di Francesco.

No release of Lagbo Dam water by Cameroon yet – Official