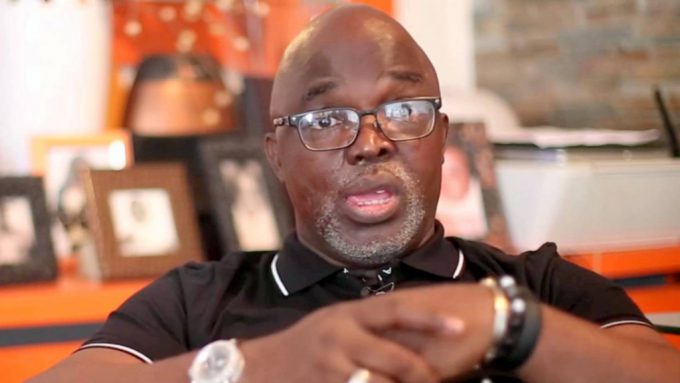 The official list of candidates vying for places in the Nigeria Football Federation Executive Committee for 2018-2022 has been released by the electoral committee.

In the list released on Friday, four persons are battling for the presidency, including incumbent Amaju Melvin Pinnick, who is also the 1st vice president of CAF, member of the organising committee for FIFA competitions and president of AFCON.

He would be looking to break the tradition that has been the norm in football administration in Nigeria as no president has served two terms consecutively at the NFF in recent years.

Indeed since after independence, no Nigerian has headed the NFF for more than four years at a stretch.

There is also Aminu Maigari, immediate past president of NFF, who was for several years chairman of the Bauchi State Football Association and also headed the Bauchi sub –seat for the FIFA U17 World Cup that Nigeria hosted nine years ago.

Taiwo Ogunjobi, a former Nigeria international defender, also has his hat in the ring.

Mr Ogunjobi captained and administered one of Nigeria’s traditional powerhouse clubs, Shooting Stars of Ibadan, served as Secretary General of then Nigeria Football Association (2002-2005) and was Member of the NFF Executive Committee 2006-2010.

He is presently chairman of the Osun State Football Association.

For the first vice president’s position, there are two candidates.

The incumbent, Seyi Akinwunmi, will be up against another South West chieftain, Sunday Dele-Ajayi.

Incumbent Ibrahim Gusau will battle club proprietor, Patrick Ubah for the slot of chairman of chairmen on the board.

For other positions on the executive committee, Rabiu Inuwa, a member of the present board, is the only candidate from the North West.

The battle in the North Central has been somewhat narrowed with the withdrawal of FCT FA chairman Musa Talle.

However, Ahmed Yusuf ‘Fresh’ and Honourable Suleiman Yahaya-Kwande, ranking members of the board, have to contend with Busari Ishola, chairman of Kwara State FA.

Similarly, incumbents Babagana Kalli and Musa Duhu from the North East have to contend with Farouk Yarma Adamu.

From the South West, only Ganiyu Majekodunmi, chairman of Ogun State FA, is seeking an Executive Committee member position. From the South South, Oswald Atuake from Cross River State is up against Emmanuel Ibah, chairman of the Akwa Ibom State FA.

Elections into the NFF Executive Committee 2018-2022 will hold as scheduled on Thursday, September 20 in the city of Katsina.

World football –governing body, FIFA, has concluded plans to send a top ranking official as observer to the elections.