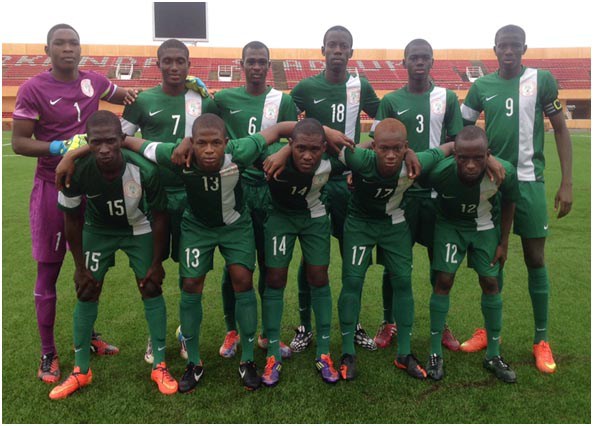 Eaglets in a testy tie against Ghana’s Meteors

Coach Manu Garba’s team has weathered losing his best players to MRI at the WAFU Zone B 2019 U-17 Africa Cup of Nations qualifiers to reach the final. Garba will be looking to Olakunle Olusegun to score the goals that will take the Golden Eaglets to the final phase of qualification for the U-17 World Cup – which the Eaglets have won on five occasions.

The Eaglets will renew their rivalry with the Black Meteors of Ghana on Saturday at the Stade General Seyni Kountche in a winner takes all encounter. Olusegun has scored four of the nine goals the Eaglets have scored in Niamey while the Ghanaians have scored just the four goals and conceded two. The winner Ghana will join Morocco, Cameroon, Uganda, Angola, and Tanzania for the final phase scheduled for Tanzania in 2019.

Spurs will try to win without Lloris and Alli

Playing against Liverpool at the present is a hard task but the absences of Hugo Lloris and Dele Alli has made Tottenham’s task a much tougher one.

With the two players in their starting 11, Tottenham’s winning percentage is over 60 per cent and tellingly, without the duo that average drops to just about 30 per cent.

The 4-1 thrashing handed the Reds does not come into Saturday’s equation at all says Mauricio Pochettino. “We are always confident we can beat any team. But, of course, the game on Saturday will be completely different to [last season]. It’s a different season.

The Reds are looking good to make a tilt at the EPL title after an unbeaten start to the 2018/19 season, keeping three clean sheets in the four matches already played. This should be a cracker and should make clear the title credentials of both teams.

Jose’s United cannot afford to be stung at Vicarage Road

Will the Hornets continue to sting and will the Red Devils make it a perfect five to start the EPL season? There will be answers to this at Vicarage Road on Saturday as Javi Gracia’s Watford seek to continue their perfect start against a stumbling Manchester United.

Jose Mourinho’s side have an almost perfect win rate against Watford – winning 11 of their past 12 confrontations though maintaining this may be hampered by the injury absences of Luke Shaw, Phil Jones, and Marouane Fellaini while Marcus Rashford starts a three-game suspension for his red card against Burnley.

Mourinho cannot contemplate a loss with all the rumours flying around that he is one loss from the sack and with Zinedine Zidane, waiting in the wings to take over at Old Trafford.

Defending champions at home to current league leaders should be an exciting match because Kasimpasa have won all four league games this season, scoring 10 goals and conceding just four. Gala need to bounce straight back from the 4-0 thrashing suffered at the hands of Trabzonspor before the international break.

Galatasaray have Henry Onyekuru in good goalscoring form – having broken his duck for Nigeria against Liberia during the international break while Kasimpasa also have a Nigerian in good form in Emem Eduok.