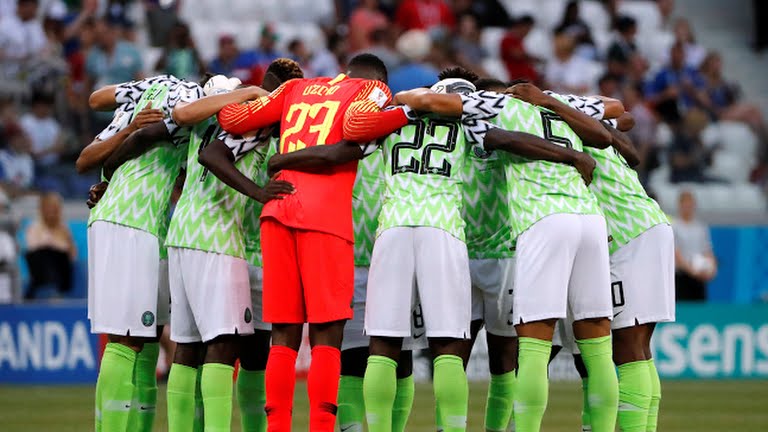 Three Super Eagles players from the original roster of the 24 invited for the September 8 Africa Cup of Nations qualifying match against Seychelles have been ruled out of the crucial tie.

The affected trio as announced by the Nigeria Football Federation on their official twitter handle are Ola Aina, Alex Iwobi, and William Troost Ekong.

Just In: Iwobi, Aina and Ekong are out of Seychelles game due to injuries. Only Henry Onyekuru is in camp at the moment, we expect others early tomorrow.

It is understood that Torino wing-back Ola Aina pulled out of international duty with Nigeria after sustaining a muscular injury.

The player on loan from Chelsea limped off during the 1-0 Serie A win over SPAL on Sunday night.

According to reports from Italy, more tests are needed to ascertain the extent of the damage to the left femoral bicep but Aina will certainly not be able to attend international duty for Nigeria’s game against Seychelles on September 8.

On his part, Iwobi who started Arsenal’s penultimate game against West Ham was totally missing in action when the Gunners confronted Cardiff City in Wales on Sunday.

Iwobi’s absence raised eyebrows that all was not well with the Nigeria international and with the confirmation that he has been ruled out of Saturday’s game, the earlier fears are now justified.

Though Ekong’s impending absence may also be connected to injury, the defender who now plays his club football in Italy is confident the Super Eagles will do the needful to qualifier for the 2019 AFCON having missed out on the last two editions.

“I believe if we perform at our optimum, we will garner the points from the remaining matches and qualify for the final tournament,” Ekong said in an earlier interview with thenff.com

The Udinese FC star added that he is keen to win something big with the Super Eagles.

“It has been amazing being able to represent Nigeria for some years now, putting on the green-white-green with pride.

“I am proud of the medal we brought home to Nigeria from the Olympics Football Tournament in Brazil in 2016, but my big aim is to win something with the Super Eagles. I am really looking forward to that,” Ekong submitted.

According to the camp update, only Henry Onyekuru has arrived in the Eagles’ camp in Victoria but a near-full house is expected on Tuesday.

SPECIAL REPORT: Why open defecation is prevalent across Nigeria