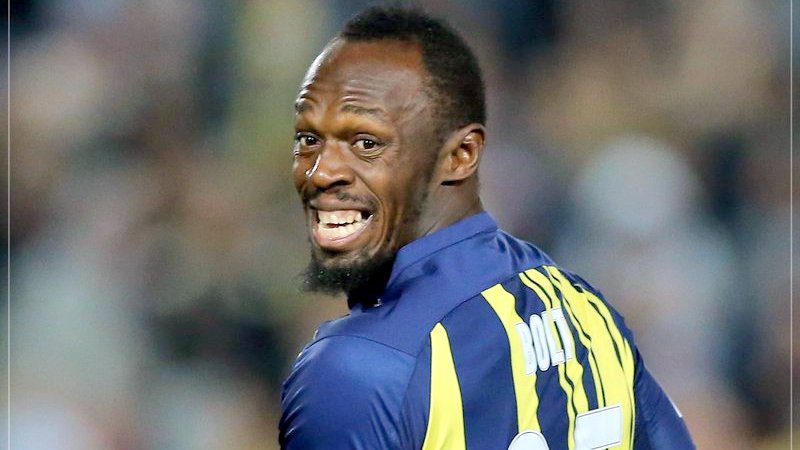 The world’s fastest man ever, Usain Bolt, is following through his ambition to pursue a professional career in football.

He had a winning debut on Friday as his team, Central Coast Mariners, emerge as 6-1 winners in a pre-season friendly.

Bolt was introduced into the game in the last 20 minutes and though he showed some flashes of brilliance, the Jamaican is fully aware that he still has a long way to go to be up to speed as a professional football player.

The six-foot-five star showcased some handy footwork on the left flank and had a number of close scoring opportunities, unfortunately, go wide.

The Mariners eventually closed out a commanding 6-1 victory as a sweat-soaked Bolt walked off the field to speak to the media.

“It was good, the crowd gave me a good ovation and I appreciate that,” he said. “I wish I had more touches but I’m not fit yet so I’ve just got to put in the work and get up to speed. I’m looking forward to a great season.”

Bolt said his fitness improved over the last two weeks on the Central Coast but said it could take four to five months before he gets fully fit.

Enjoyed getting some playing time tonight with the Central Coast Mariners FC. Thanks to all the fans who came out to support. #CCMFC #dontthinklimits #workinprogress pic.twitter.com/NM5pRMVLlf

Former Socceroo Mark Bosnich criticised Bolt’s skill level after the game, claiming the Mariners would need to be “very patient” with him if they wish to keep him on the bill long-term.

Before Friday’s outing, the last time Bolt played in a friendly match, he shared the pitch with football greats like Zinedine Zidane, Thierry Henry and Christian Vieri.

It was an exhibition match in Paris to mark the 20-year anniversary since France’s 1998 World Cup victory.