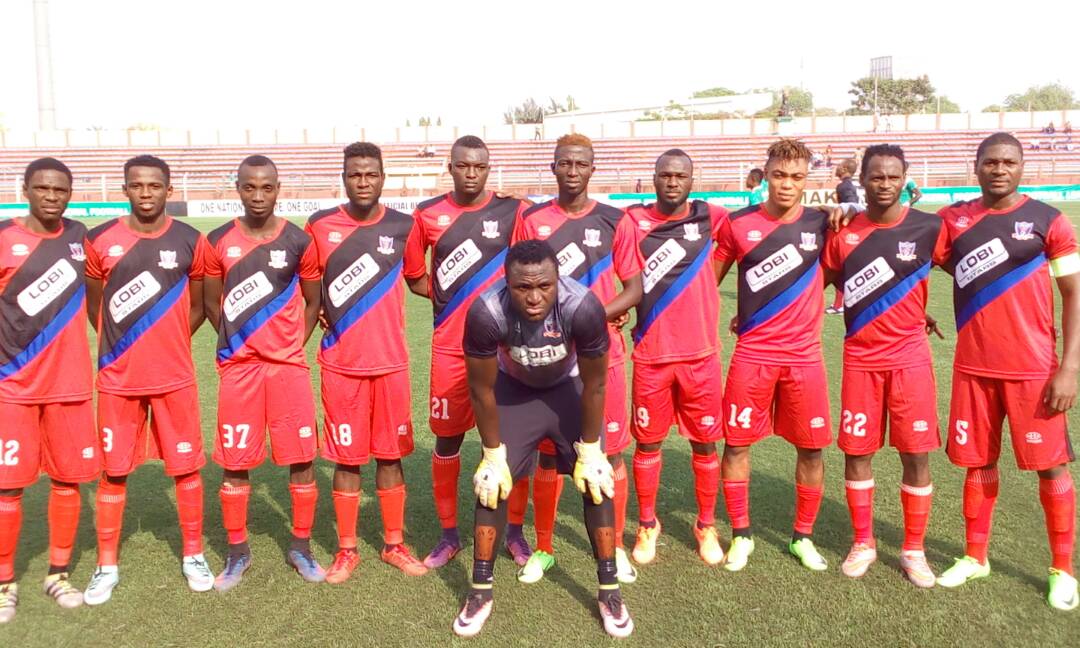 The last time Lobi Stars of Markurdi won the Nigeria League title was in 1999, but there are strong indications that they are set to be crowned champions of the Nigeria Professional Football League for 2017/18 season.

With 24 games played and 14 yet to be decided, Lobi Stars are leading the log with 43 points.

It was gathered that after a meeting of the NPFL club owners and League Management Company which ended late Thursday night, the clubs ‘agreed’ to end the league after matchday 24.

That agreement if ratified by the Nigeria Football Federation (NFF) will imply that Lobi Stars who are on top of the log after matchday 24 will be crowned league champions and will represent Nigeria in the CAF Champions League.

It was also gathered that an agreement was reached that no club will be relegated.

Nonetheless, four clubs will be promoted from the Nigeria National League, NNL to now form a 24-team 2018/19 season which will be abridged into two groups of 12 each.

This ‘doctrine of necessity’ became imperative to meet the October 15 deadline given by the Confederation of African Football, CAF for the submission of representatives for 2019 club competitions.

It was gathered that though the continental body reportedly gave a five-day extension for Nigeria, meaning the nation had till October 20 to produce CAF club competition representatives, it was considered almost impossible to play the remaining 14 matches of the NPFL and conclude the Aiteo Cup.

The next option was to finish the league and have the top two represent the nation in the two club competitions, but the snag was that NFF was under obligations to meet the terms of their agreement with Aiteo and ensure the 2018 edition of Aiteo Cup was held.

Aiteo Cup winners will then represent Nigeria in the CAF Confederation Cup.

Speaking to journalists after their marathon meeting in Abuja, the LMC chairman, Shehu Dikko, confirmed that far-reaching decisions were made but he insisted that the actual positions agreed on will only be made official after due ratification by the NFF.

“Yes, it is true we had fruitful discussions in the interest of football. But as you know, this meeting is also at the instance of the NFF, so we have to get back to them before we officially make our agreements public,” he stated.

The LMC boss said it was unfortunate the situation the league found itself but was quick to refute the notion that it was borne out of improper planning.

Before now, the idea of resuming the league on September 2 was being touted with crowded fixtures that would amount to tortuous journeys for Nigerian players the only way out.

The Nigeria Players Union had already registered their displeasure on the impact the earlier planned new schedule would have on the health and performance of the players, including their personal development, rest and recovery if proper and adequate arrangement is not put in place to address the traveling challenges due to the bad nature of majority of Nigerian roads.