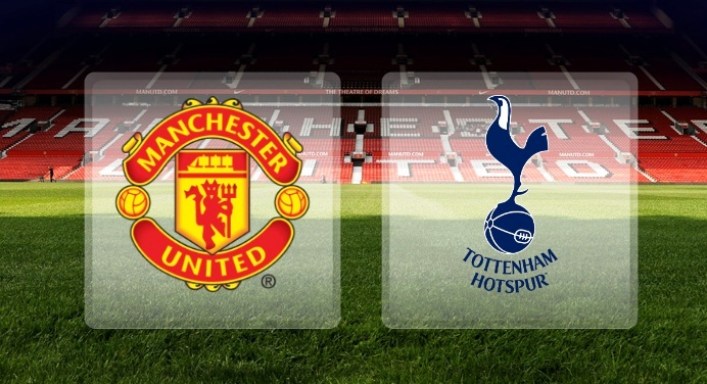 The fact is that Tottenham’s record at Old Trafford is dismal but Mauricio Pochettino will know this is a very good opportunity to get one over the Red Devils.

Spurs have won just twice in their last 10 visits to Old Trafford. More often than not, their dreams turn into nightmares at the Theatre of Dreams but right now they hold a cudgel with which to beat this version of a stressed Jose Mourinho and his malfunctioning Manchester United team.

It was said that Pochettino was on the list of managers to replace Louis Van Gaal but the United hierarchy chose Mourinho, a decision they are now fretting on.

Mourinho’s fears should be eased with the return to training of his big hitters like Nemanja Matic, Alexis Sanchez, who pulled out at the last minute against Brighton last weekend and Paul Pogba, who has captained United twice this season revealed,

After a tense pre-match press conference that lasted all of four minutes, Mourinho told his club’s website that ‘mistakes’ is the currency of either failure or success.

1. If United do not score in the first 20 minutes, the crowd at Old Trafford will get restless and fretful. Mourinho’s players need to fly off the blocks and tackle as if this is the final of the World Cup because they need the crowd to get behind the team even though Mourinho has made the right noises concerning the crowd, especially the throng that was at the Amex Stadium to witness the Brighton defeat.

2. The top 3 duels are the individual matchups that United players must win. Pogba, Lukaku, and Fred must carry a forward momentum and not shirk their defensive duties.

Inconsistent over two matches, Pogba is expected to again lead United in the absence of Antonio Valencia and he needs more offensive decisiveness to get the better of Dier, who on his good day is a resolute combatant.

United are not creating many scoring chances at the moment, which means when they get half chances he has to convert, an exercise made harder by Vertonghen, who is more of a cerebral defender but is not immune to a physical battle.

Fred is really red with his combustible nature but in Eriksen, he will be confronting an ice-cold Dane, who makes Spurs tick. If Eriksen can easily get into the lines between midfield and forward then Fred will be red in the face.

3. Monday is not a day for guessing or even good football, it is a day to win. Though the United faithful want to see attacking football, the greater need is that the Red Devils gain points and rungs of the EPL ladder at this very early stage.

The uptick for Mourinho and his men is that Spurs have their own present distraction – the drunk driving charge against their captain and goalkeeper, Hugo Lloris. If for anything the World Cup-winning captain for France is exempted from the match then United would have won a minor victory even before Craig Pawson blows the opening whistle.