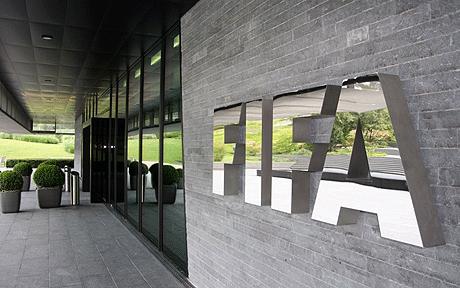 A former President of Brazil’s Soccer Federation was sentenced on Wednesday by a U.S. judge to four years in prison after being convicted on corruption charges related to the bribery scandal at FIFA, the sport’s governing body.

Mr. Marin, the former head of Confederação Brasileira de Futebol (CBF), was convicted on Dec. 22 by a federal jury on six conspiracy counts, including to commit racketeering, wire fraud and money laundering.

He was among the first to stand trial over what U.S. prosecutors called a sprawling scheme involving payments of more than $200 million of bribes and kickbacks in exchange for marketing and broadcast rights for soccer matches.

“We are disappointed in the length of the sentence but appreciate the judge’s efforts to strike a fair balance.

At least 42 individuals and entities have been charged in the FIFA probe and many have pleaded guilty.

Juan Angel Napout of Paraguay, a former head of South America’s soccer governing body CONMEBOL, was a co-defendant at Marin’s trial and was also convicted.

His sentencing is scheduled for Augst 29, court records showed.