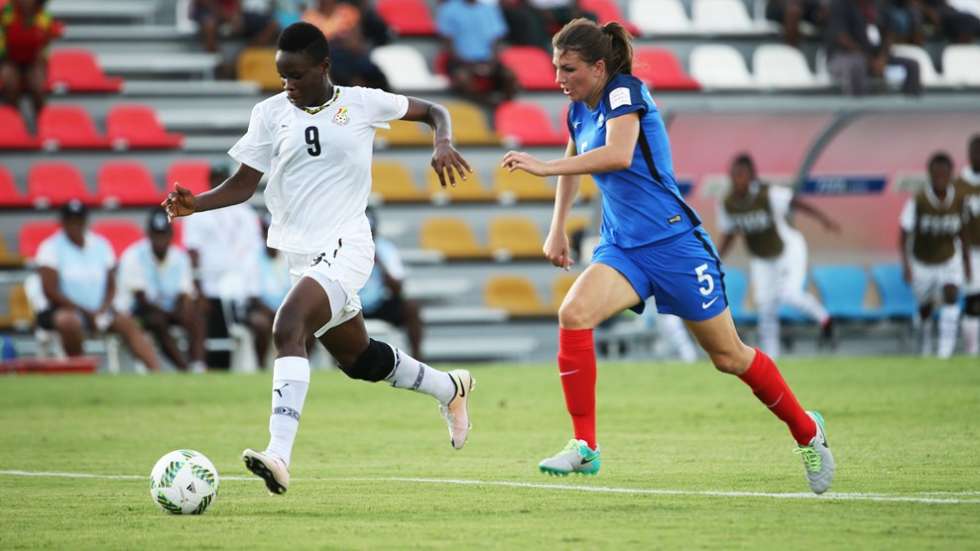 Netherlands moved to within touching distance of the FIFA U-20 Women’s World Cup France 2018 quarter-finals on Wednesday after earning a 4-0 win over Ghana.

The victory at the Stade de la Rabine in Vannes helped them to maintain their 100 per cent start in Group A.

On the other hand, it also pushed the African side out of the FIFA World Cup.

While the West Africans started brightly, it did not take long for the Netherlands to get into gear.

Two spurned chances could have rocked their confidence, but they didn’t have to dwell on them long, going ahead on 21 minutes.

Three goals in 11 minutes put them in complete control, with Aniek Nouwen’s downward header at the back post getting the debutants rolling after their slender win over New Zealand.

Having netted in their opener, Fenna Kalma made no mistake when put through by the Victoria Pelova, before converting with superbly taken volley to see her move joint-top of the scoring charts.

The pace dropped after the break, with the Netherlands sitting comfortably.

But Pelova and Kalma switched rolls as the duo exchanged passes before the former stroked home to add some gloss to their victory.

Ghana who lost 1-4 to hosts France in their opening game on Sunday now need a favour from New Zealand against France to keep their hopes of progression alive.

However, with two losses, Ghana’s chances of advancing to the last eight round are very slim even if they beat New Zealand in their final group game on Sunday.

In other matches played on Wednesday, Brazil drew 1-1 with England while Mexico lost 1-2 to North Korea in Group B fixtures.

In Thursday’s matches, Nigeria will face Haiti in their second Group D match while Germany take on China.

Group C matches on Thursday will see Spain taking on Japan and the U.S. facing Paraguay.(NAN)