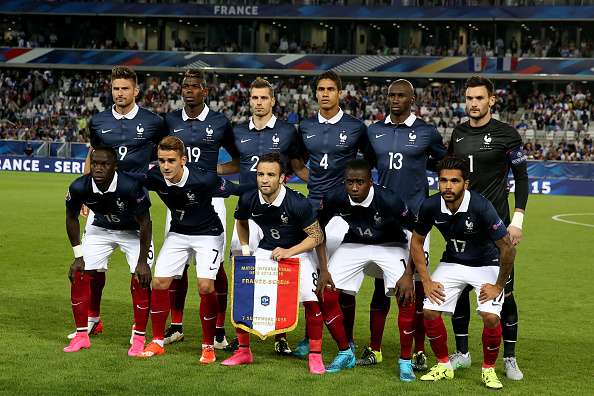 Group C should be a straight fight for second place between Australia, Peru, and Denmark with France supposedly far superior to their opponents.

Tournament football is radically different from a league that is played over 38 weeks spanning nine months. The team that will win the 2018 FIFA World Cup will play seven matches over a 30-day period. Mental, physical wherewithal and fast recuperative powers will help the winner plus a slice of luck and some favourable VAR decisions.

France – Definitely favourites to go far in Russia with a talented and experienced group but there are question marks on the tactical capabilities of the manager. If Paul Pogba plays to his potential, then Les Bleus should be a match for the best teams in Russia.

Conclusion: Speed in attack through Mbappe and Ousmane Dembele is a great feature of this team combined with the scoring talent of Antoine Griezmann can see them to the semifinal. If luck and VAR stay on France’s side, they could win the trophy for the second time.

Australia – A steady and very experienced squad with all the ingredients of surprising one of their group opponents. The first match against France is very important – if they lose by a wide margin, the tournament could be done!

Conclusion: A first round exit can be pessimistic though they beat Honduras in their last qualifying match; Peru and Denmark may have too much for them.

Peru – The reinstatement of their captain and talisman, Paolo Guerrero gives them a fighting chance in a very technical group. Friendly victories over Iceland and Croatia have shown they will be credible opponents in Russia.

Conclusion: The first match against Denmark will go a long way to determine whether they will make the second round. Their manager, Gareca has said his team will not just partake but compete in Russia.

– A paucity of goals and great dependence on the midfielder, Christian Eriksen to supply such will be their Achilles heel.

Conclusion: The Danes will be tight at the back and too many draws will knock them out of Russia. Too much endeavour in the team and not backed up by enough talent and class will be their undoing. Qualifying for the second round will be success enough.