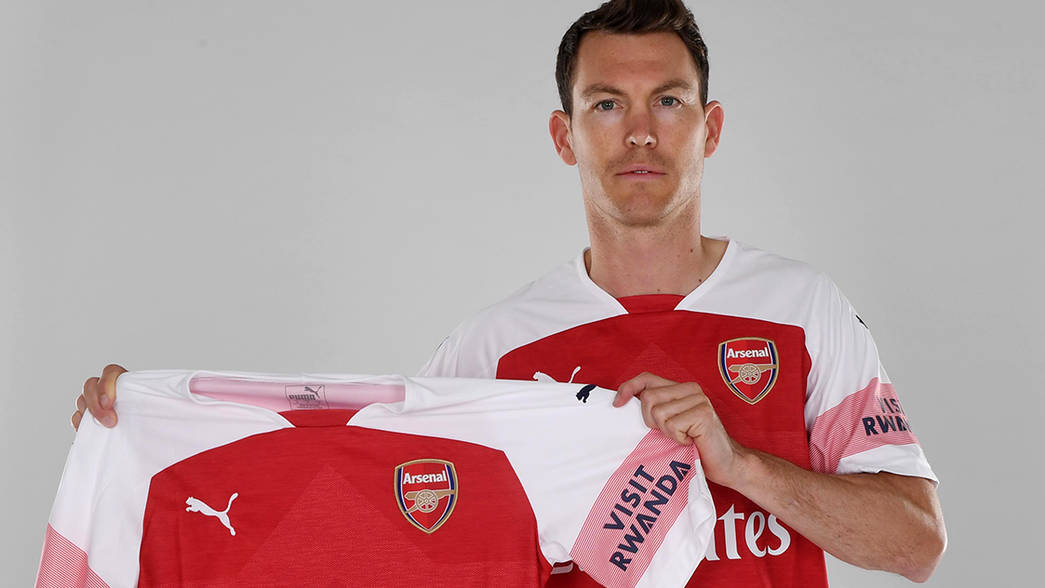 The Super Eagles forward, Alex Iwobi, now has a new teammate at Arsenal as his club on Tuesday announced Swiss defender, Stephan Lichtsteiner, as their first summer signing.

Stephan is joining Arsenal from Juventus and has been handed the No. 12 jersey ahead of the new season.

A hugely-experienced right-sided defender, Stephan made over 250 appearances for Juventus and is the fourth-most capped player in Switzerland history with 99 appearances for his country.

He has also been the Swiss captain since 2016.

Speaking on his first signing after taking over from Arsene Wenger, Unai Emery said he is proud to get the experienced defender on board.

He said: “Stephan brings huge experience and leadership to our squad. He’s a player with great quality with a very positive and determined attitude. Stephan will improve us on and off the pitch.”

Stephan, 34, started his senior career in 2001 with Swiss club Grasshopper Zurich, where he won the league title in 2003.

On his part, the new Arsenal signing said he is looking forward to a new adventure with Arsenal.

“It’s a great moment. It’s great for me after Juventus to come to Arsenal and have this big challenge to make big things [happen] with this big club.”