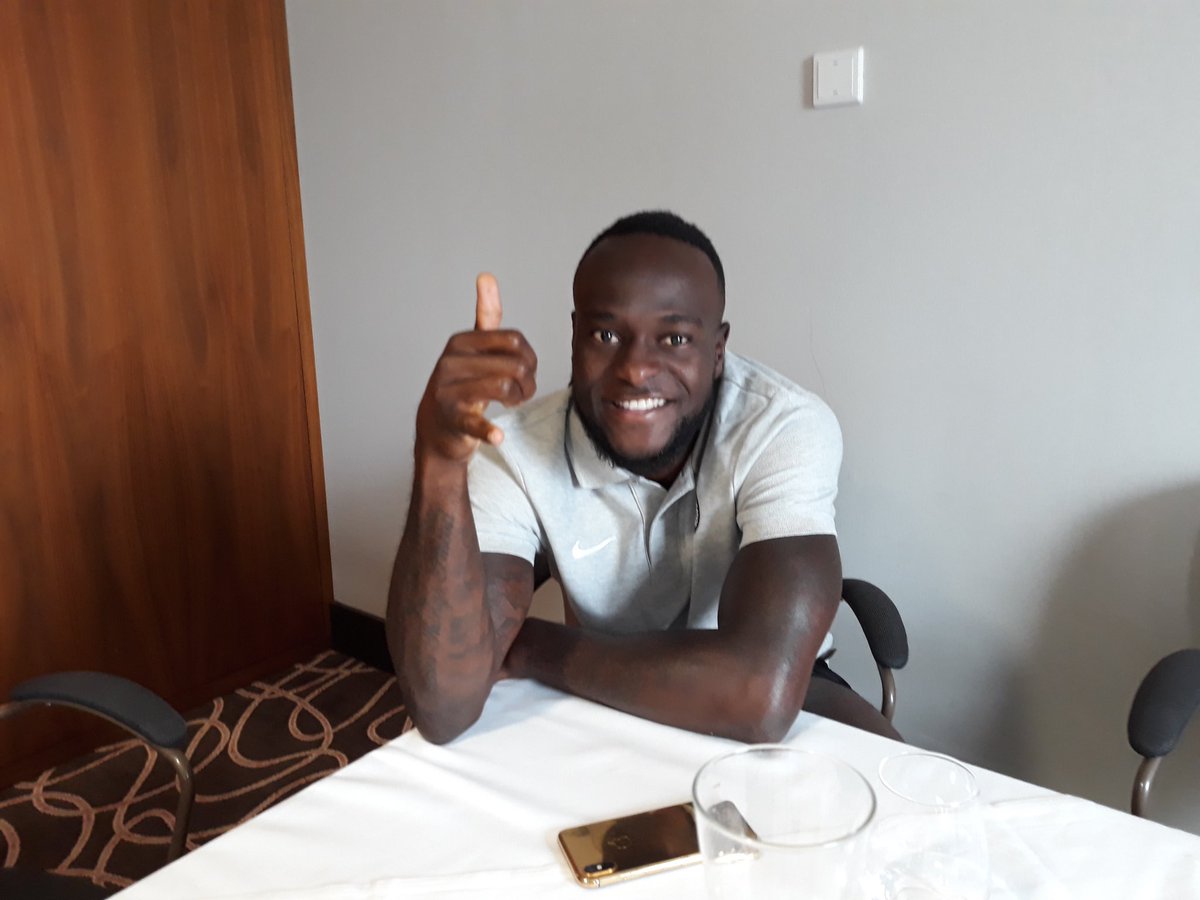 Victor Moses has finally ended his extended holidays and has linked up with his national teammates in London ahead of this weekend’s friendly against England.

Moses’ arrival in the Super Eagles camp in London was confirmed on Thursday via the official twitter handle of the country’s national team.

It was also revealed that the Super Eagles will be training Thursday evening at the Barnet Stadium in London.

“2018 World Cup camp update. @VictorMoses has arrived in camp. We will be training at the Barnet Stadium at 4.30pm today. #SoarSuperEagles #Team9jaStrong, ” the tweet from the Super Eagles handle read.

Moses was absent as the Eagles began their World Cup preparation in Uyo before moving to Port Harcourt to play a valedictory friendly against DR Congo which ended 1-1.

Moses, who is the reigning NFF Football Awards Player of the Year, was the Super Eagles’ highest goalscorer in the FIFA World Cup African qualifying series with three goals.

He netted a brace against Algeria in November 2016 and got the third in the 4-0 whiplash of African champions Cameroon on September 1, 2017, which set the Eagles on the path to Russia.

The Chelsea wingback, who plays as an attacking midfielder for the Eagles is expected to play a key role in the encounter at Wembley Stadium in London on June 2.

Moses will be glad to be back in Wembley where he recently helped Chelsea to win their 8th FA Cup title.

After the England game, the next stop for the Eagles will be against Czech Republic in Austria on June 6.

The team will camp for nine days at the Avita Resort in Bad Tatzmannsdorf, Austria before flying to their team base camp in Yessentuki, Stavropol region of Russia on June 11.

Nigeria take on Croatia in their first match at the 21st FIFA World Cup finals at the Kaliningrad Stadium on Saturday, June 16 before games against Iceland (Volgograd; June 22) and Argentina (Saint Petersburg; June 26) in Group D.

How Diya saved me, others from Abacha’s assassination plan – Buhari’s adviser