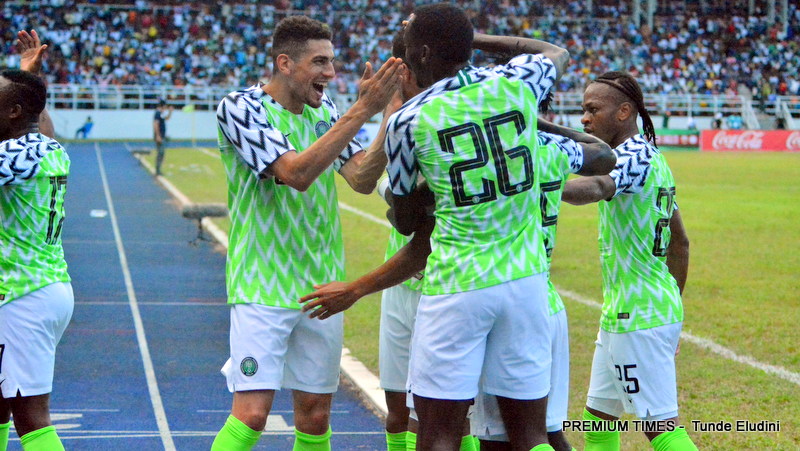 Two goals – one for each side ensured that the sixth meeting between Nigeria and Congo DR ended in a 1-1 stalemate.

In the match, the Nigerian team featured a starting 11 with an average age of 24 and 194 caps between them.

Debutant, Simeon Nwankwo rattled the crossbar in the third minute, when he shimmied from his marker but his shot came off the crossbar. The rebound fell to Kelechi Iheanacho who blasted against a Congolese player.

The goal, expected by the full house at the Adokiye Amiesimaka Stadium, came in the 16th minute. It was a first-ever Eagles goal for William Troost-Ekong who had a simple tap-in.

The Congolese were full of running and forced a couple of saves from Francis Uzoho. Mention has to be made about the bad surface, which completely negated the ball passing of the Eagles.

The second half saw Gernot Rohr make three changes – Mikel Agu, Ola Aina, and Alex Iwobi, came on for Iheanacho, Elderson Echiejile, and Joel Obi with Iheanacho particularly having had a poor half.

The Eagles tried to hold on to the ball for the second half but Ola Aina gave away a penalty on 85 minutes to hand the Congolese the equaliser.

The Eagles will next face England on Saturday at Wembley Stadium.

Lawyer accused of killing husband to be tried soon — Official