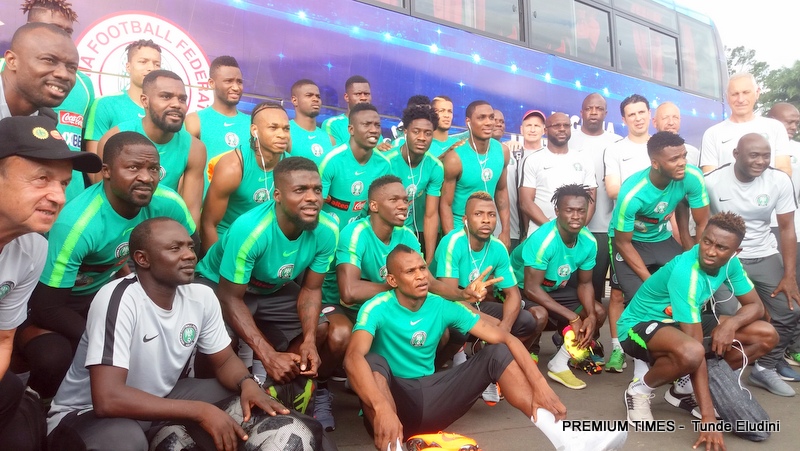 The Super Eagles Coach, Gernot Rohr, has confirmed that he would be testing new strikers, Simmy Nwankwo and Junior Lokosa, in Monday’s friendly game against Congo DR.

Rohr told PREMIUM TIMES and other journalists in Port Harcourt after the Eagles trained on Sunday at the Shell Ground that the new duo will in fact be starting Monday’s game.

“We will change our team a little bit in Monday’s game; we want to test the new players so Simmy and Lokosa will start the game.. The other players whose position still in competition will also play “he said..

The Super Eagles coach also hinted that the likes of Mikel Obi and Odion Ighalo may be rested.

“We will be resting some players that have had a hectic season like those coming in from China,” Rohr stated.

The Super Eagles will face their DR Congo counterparts at the Adokiye Amasiemaka in Port Harcourt on Monday before heading to Abuja afterwards to see President Muhammadu Buhari.

They are expected to leave from Abuja to Europe to continue preparation for the World Cup.