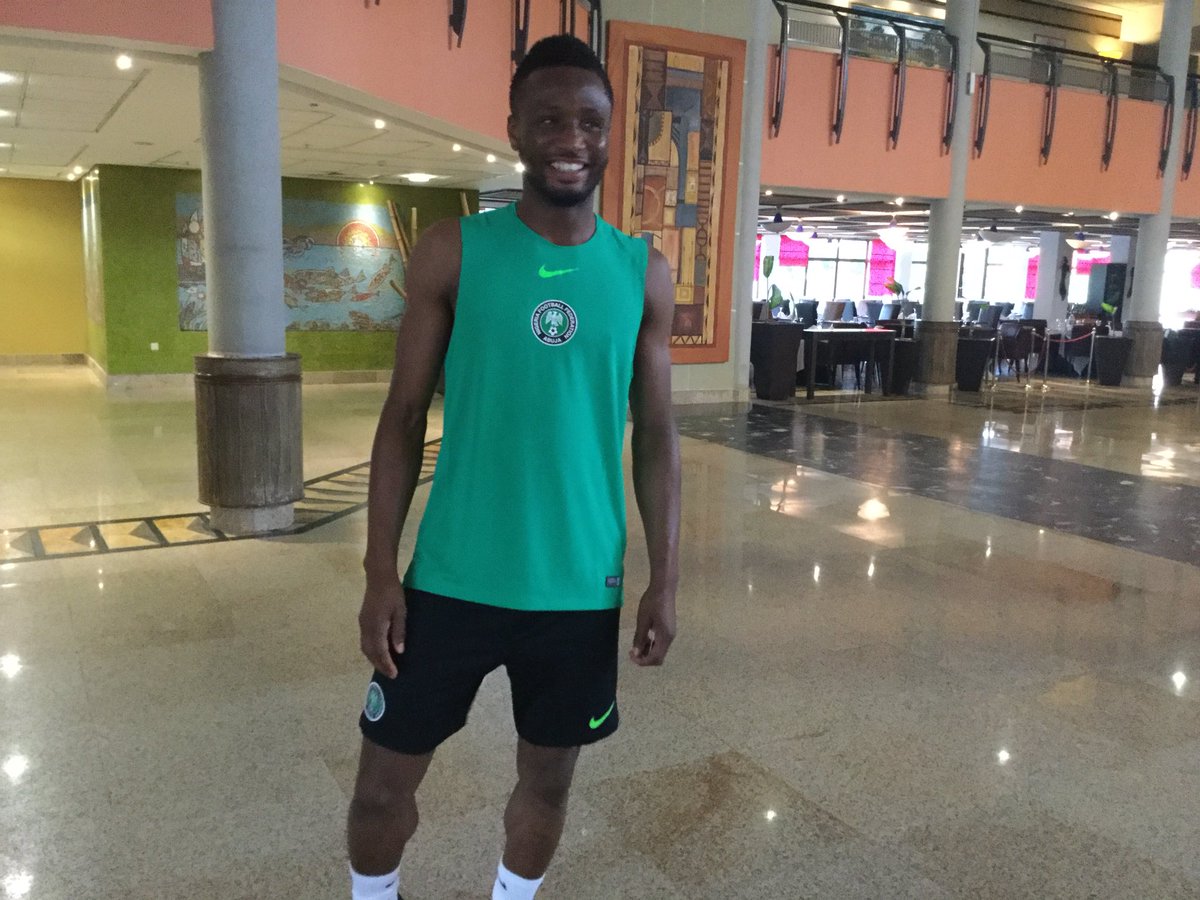 Victor Moses will not be present when the Super Eagles take on DR Congo in an international friendly next Monday in Port Harcourt.

This development was confirmed via the Super Eagles official twitter handle on Thursday while the arrival of the duo of John Ogu and Captain John Obi Mikel was also announced.

With the arrival of Ogu and Mikel, 29 players are now on the ground in Uyo as the Super Eagles round up their training there before heading to Port Harcourt.

Mikel who was granted a waiver to sort out some family issues before joining his national teammates expressed great delight to finally be on the ground to begin serious preparations for the World Cup in Russia.

“I am happy to be here. It is a huge privilege to play with this team and represent Nigeria at the 2018 FIFA World Cup” the former Chelsea midfielder stated.

After Monday’s game, the Super Eagles will then take on England in a highly-anticipated encounter at Wembley Stadium in London on June 2, before trading tackles with the Czech Republic in Austria on June 6.

Moses will be joining the Super Eagles once they arrive in London.