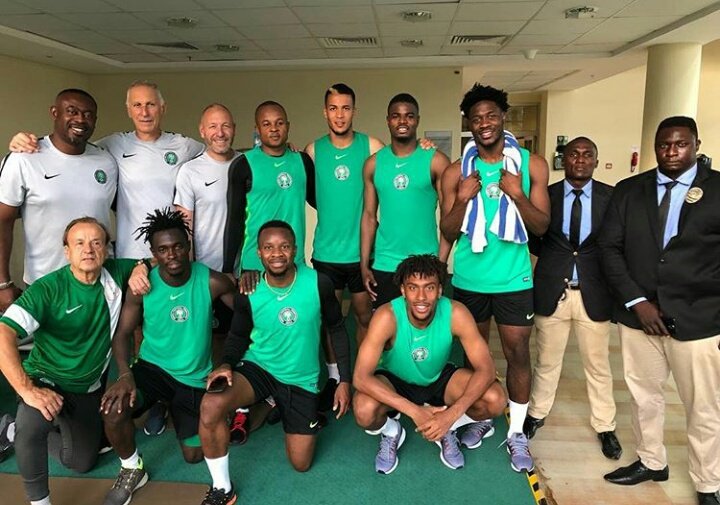 The Arsenal star touched the Ibom International Airport around 12 p.m. aboard a plane from Lagos, accompanied by his father Chuka and was immediately driven off after completing airport formalities.

Meanwhile, Super Eagles had their first feel of the Godswill Akpabio International Stadium turf at 5 p.m.

The team is expected to resume full training on Tuesday after they have been boosted by the arrival of other players expected in camp.

According to Team Co-ordinator Patrick Pascal, coach Gernot Rohr and other members of the technical crew are already in Uyo and itching to get on with the team’s training programme.

Super Eagles are expected to trade tackles with Leopards of Congo DR next Monday in Port Harcourt before proceeding to London, where they will play the Three Lions of England at the Wembley Stadium on June 2.