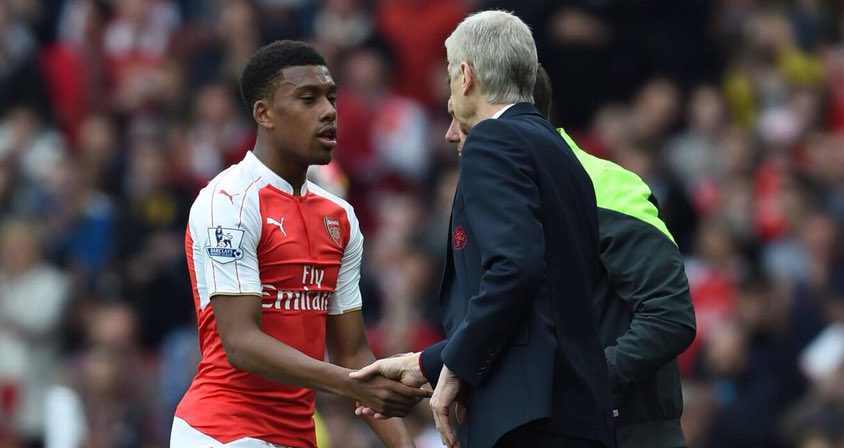 Musa at the double again

Ahmed Musa is heating up with the World Cup just around the corner. The inverted winger, on loan from Leicester City, scored a brace against Arsenal Tula last weekend to take his goals tally to five in nine league games. His first was a tap-in after great work down the right from Vitinho in the 11th minute. Musa scored the sixth and final goal of the encounter five minutes into the second half with a deft chip over the advancing goalkeeper. With one game to go in the season, the best CSKA can achieve is second place as they are five points behind Lokomotiv Moscow.

Alex Iwobi put behind him the failures of the season by scoring a goal in Arsenal’s 5-0 rout of Burnley on Sunday. In Arsene Wenger’s last match at the Emirates as Arsenal manager, Iwobi, who surprisingly started, had a hand in the first two goals as his scooped pass for Alexandre Lacazette led to the French striker teeing up Pierre-Emerick Aubameyang in the 14th minute. Iwobi then sent Hector Bellerin scampering down the right flank and his cross fetched Lacazette Arsenal’s second goal. He got the icing on his own cake with a left-footed finish into the top of the roof on 64 minutes.

Peter Olayinka got the winning goal for Zulte-Waregem away at KV Kortrijk last Saturday in a Europa League playoff game. The 22-year-old, uncapped for the Super Eagles, scored the winner on 34 minutes, his second goal in consecutive matches. Olayinka scored eight league goals in the regular season plus two in the Europa League. The goal on Saturday was the second goal in seven appearances including four assists in the playoffs in which Zulte-Waregem lead the six-team mini league with 19 points from seven matches.