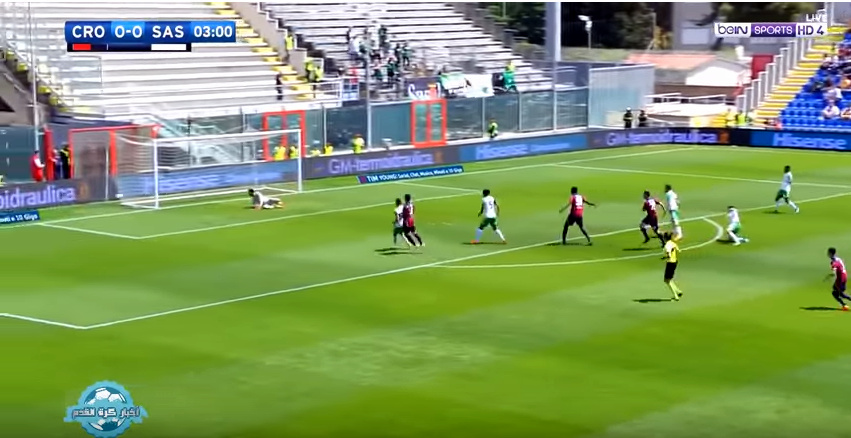 Screen shot of a goal from Youtube [Photo credit: YouTube.com]

Simeon Nwankwo was again on target at the weekend – scoring a brace against Sassuolo to move Crotone away from the relegation places. His goals, five in April, have won his struggling side eight points that have dragged them up the table to 13th place on the table with 33 points – three better than Chievo in 18th place with three matches left in the season.

The only match in which he didn’t score in April was the 1-0 loss away to Genoa. In what must have surprised his coaches and fans – the hot streak in front of goal could lead to a call-up from the Super Eagles.

Another striker making a last-ditch effort to gatecrash the Super Eagles party to Russia is Olanrewaju Kayode. Kayode, on loan from Manchester City, was not getting minutes and goals in La Liga with Girona but after his January switch to Ukraine, the goals have started coming. His third league goal against Maripaul on Friday ensured the table-toppers maintained their leading position on the table.

Ighalo heating up China with goals

Odion Ighalo got a brace for Changchun Yatai at the weekend as they beat table toppers, Shanghai SIPG 2-1. Ighalo got the opener with a coolly taken effort on 14 minutes after a loose ball from his defence saw his run the length of the SIPG half to beat the goalkeeper. The second, the winner, came with 21 minutes left on the clock and it was a shot from outside the box. The Super Eagles hitman has now scored seven goals in eight league matches.