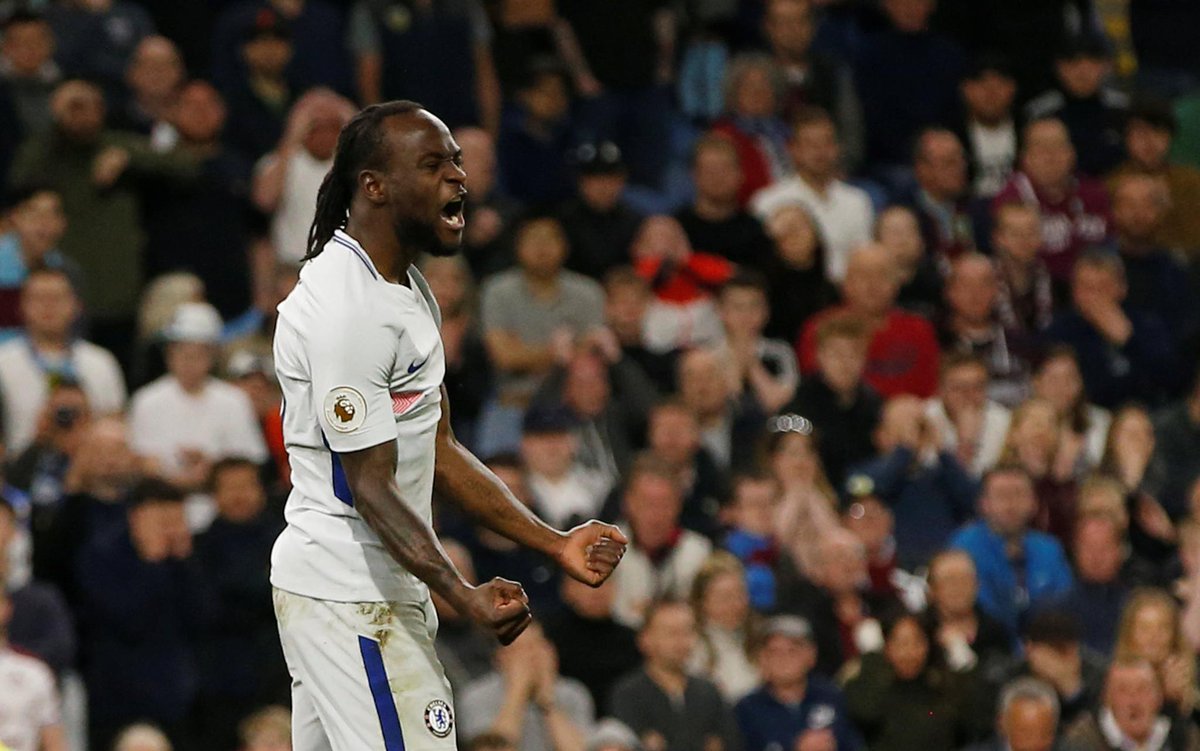 Nigeria international, Victor Moses, scored his third goal in the Premier League this season as Chelsea secured a 2-1 win away to Burnley on Thursday night at Turf Moor.

It was a special night for Antonio Conte who was taking charge of his 100th game as Chelsea boss. Moses, one of the players that has benefited a great deal from the Italian gaffer, provided the winning goal.

Chelsea took the lead in Thursday’s game courtesy of an own goal from Kevin Long in the 20th minute after a Moses cross.‎

Though the hosts pulled level in the 65th minute, Moses ensured all three points were for the Blues; scoring his third league goal of the season in Thursday’s encounter.

With the win, Chelsea’s slim hope for a top-four finish is still on course though they are five points behind Tottenham Hotspur with four matches to go.

EIB, AfDB to finance Development Bank of Nigeria with $70 million