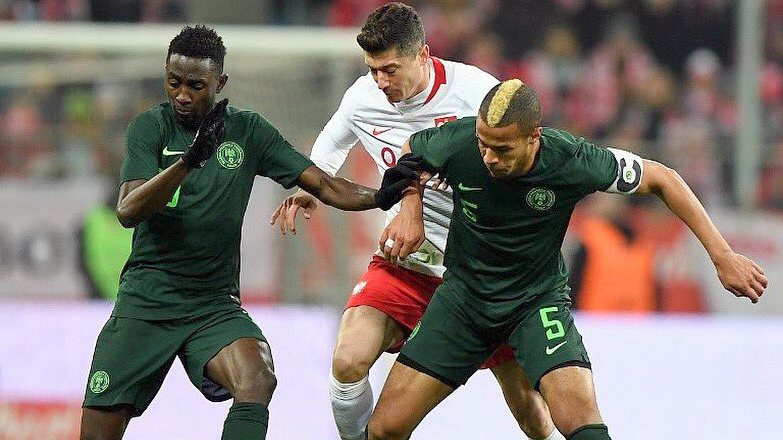 The captain of the Super Eagles against Poland, William Troost-Ekong, has become the first Nigerian player to join Common Goal – a giving back project founded by Jürgen Griesbeck and championed by Manchester United’s Juan Mata.

The initiative is hinged on footballers and football managers donating one per cent of their salary to ‘football for good organisations’.

A release by the organisation reads, “The movement powered by players and managers donating one percent of their salary to high impact football for good organisations around the world.

“40 players and managers have allocated over €400,000 to football for good organisations in six months since starting with a single player, Manchester United and Spain midfielder Juan Mata.

“At the 2018 FIFA World Cup in Russia this summer, Common Goal looks likely to be represented by at least eight players.”

Ekong says he understands the role football and footballers can play in the world.

“I’m aware that I’m a role model for children and football fans, and having travelled the world I’ve seen the impact that we have on people’s lives. It’s our responsibility, as players, to use that in a positive way.”

“Winning the bronze medal for Nigeria at the 2016 Olympics and qualifying for the World Cup were both massive moments for me,” said Troost-Ekong. “However I’m hoping to outdo both of those this summer at the World Cup.”

The release revealed that “Next month will see €400,000 allocated to 27 football for good organisations tackling some of the toughest social issues of our time – ranging from HIV/AIDS to gender inequality and youth unemployment.

“In the coming weeks, Common Goal is set to announce how football fans, and other stakeholders in the game, from around the world can participate in the biggest movement in football.”