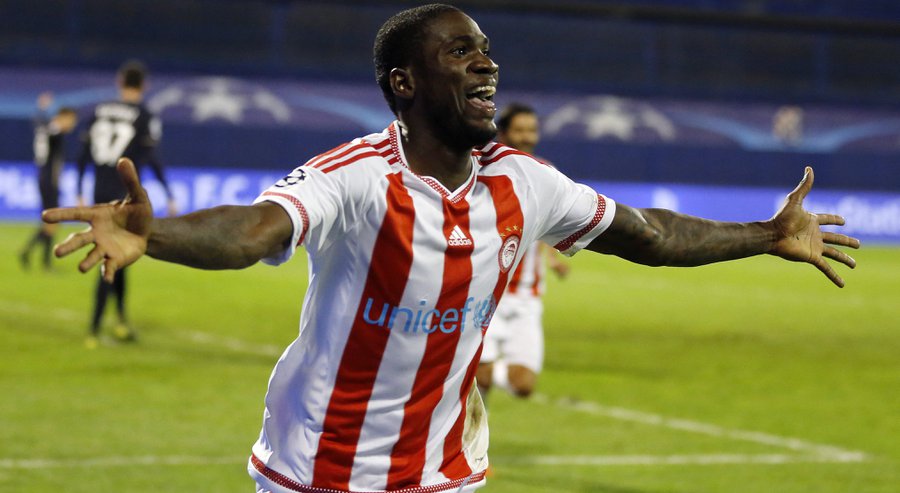 Malaga of Spain striker, Brown Ideye, is one of the high-profile names missing as Super Eagles’ Technical Adviser on Wednesday released his 28 –man squad to battle Poland and Serbia in pre-FIFA World Cup friendly matches this month.

Media reports had suggested that Rohr will recall Ideye to fight for a place in the Super Eagles, but the striker has been omitted alongside the likes of Olarenwaju Kayode, Anthony Nwakeme who also failed to make the cut.

Rohr has instead listed captain Mikel John Obi, midfielder Ogenyi Onazi and playmaker Victor Moses along with 25 others to battle for shirts.

Home-based goalkeeper Ikechukwu Ezenwa leads the goalkeeping section and will be joined by new boy Francis Uzoho and Daniel Akpeyi.

Former junior international, Kenneth Omeruo, is back among the defenders, and Joel Obi among the midfielders. Also, Eagles’ B stalwarts, defender Stephen Eze and forward Gabriel Okechukwu are also handed opportunities.

Russia –based Brian Idowu, who scored against Argentina on his debut in a friendly in Krasnodar in November last year, and Al Ahly of Egypt’s Junior Ajayi, who earned an Olympic bronze in Brazil in 2016, are also called.

Three-time African champions Nigeria will trade tackles with the Bialo-Czerwoni (White and Red) or Eagles, as the Senior National Team of Poland is known, at the 43,000 –capacity Stadium Wroclaw on March 23.

Four days later, the Eagles will take to the pitch against the Senior National Team of Serbia at The Hive, London – home ground of Barnet FC and London Bees.

These are the first two in a list of six friendly encounters planned for the Super Eagles by the Nigeria Football Federation ahead of the 21st FIFA World Cup finals in the Russian Federation this summer.

UCL Preview: Dybala can be Juventus’ joker against Tottenham