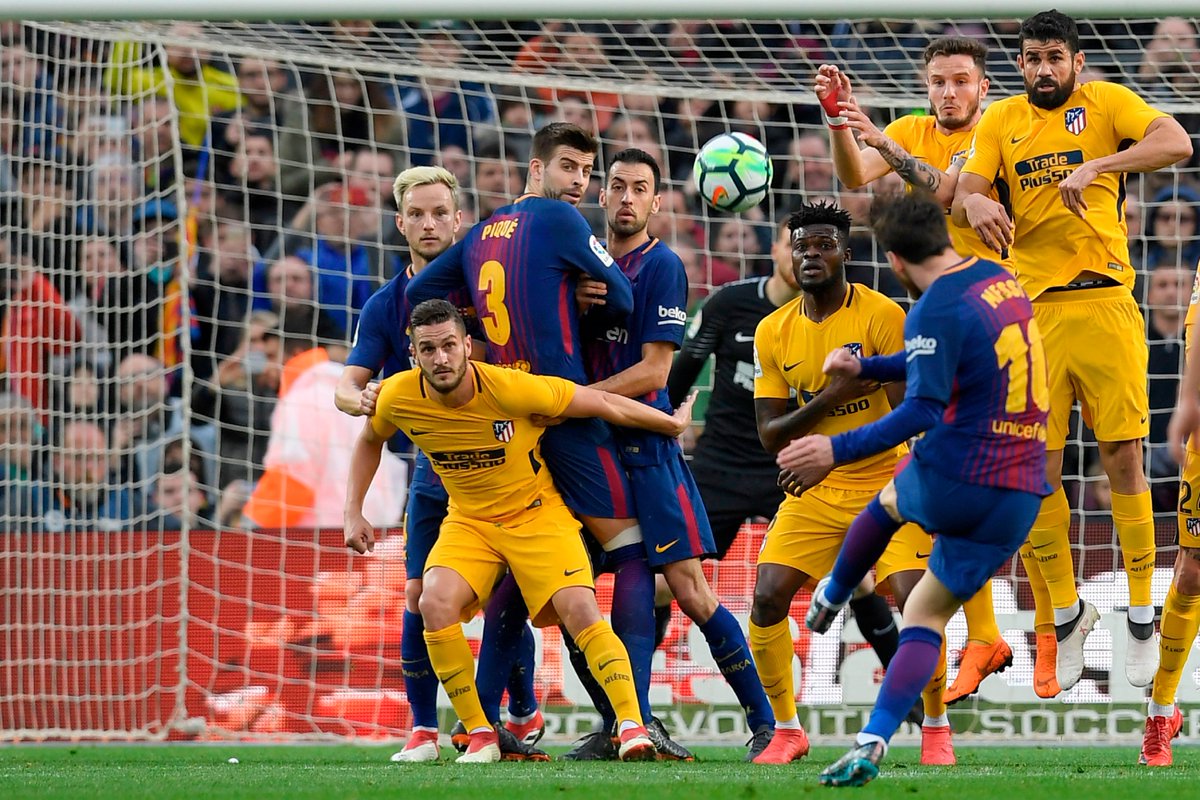 Lionel Messi scored the only goal of the match as Barcelona battled to a lone goal win over Atletico Madrid on Sunday at Camp Nou.

With the win, Barcelona now have an eight-point cushion at the summit of the La Liga table.

Atletico entered the match having won their last few matches in all competitions, and a victory for the visitors would have moved them to within two points of the leaders after 27 matches of the 2017-18 campaign.

Messi’s first-half free kick decided the match, however, as Barcelona picked up a huge three points.

Barcelona will next face Brown Ideye’s Malaga in their next La Liga outing.