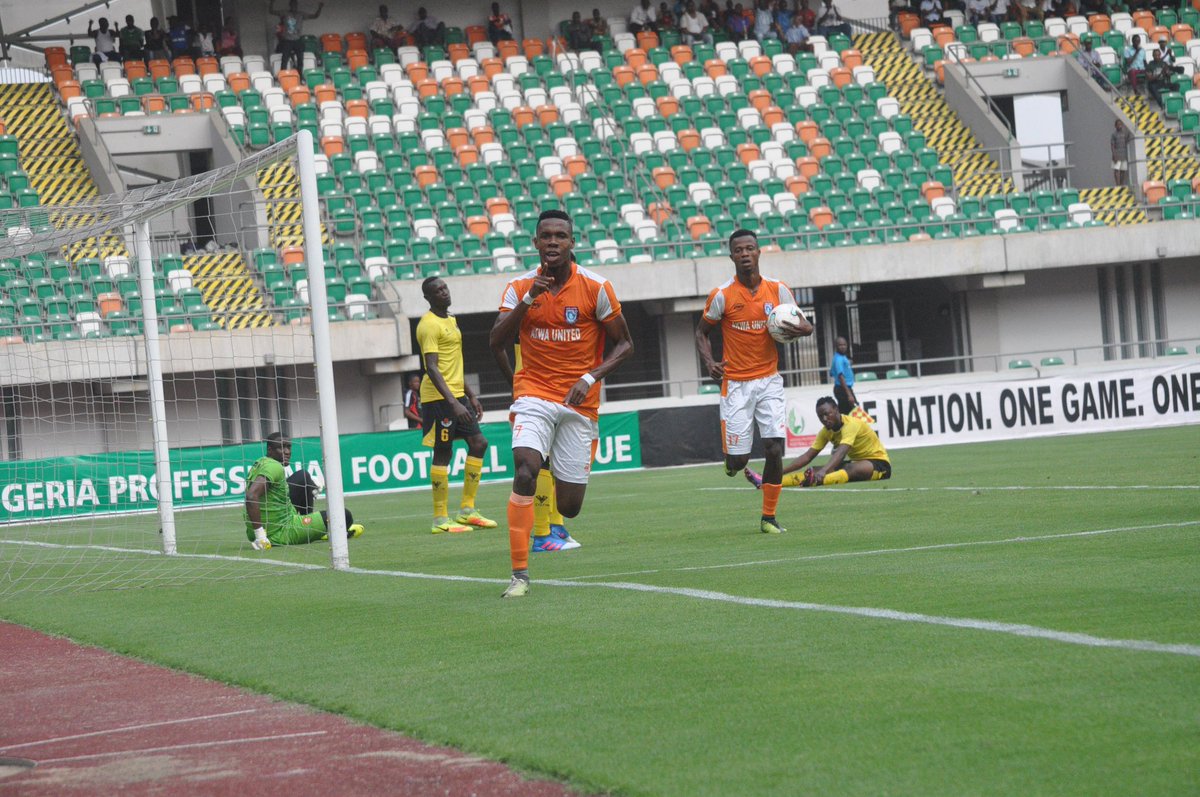 The front-runners in the Nigeria Professional Football League, Plateau United and Akwa United, both secured big wins in their league games against Sunshine Stars and Wikki Tourist respectively on Sunday.

The reigning NPFL champions, Plateau United, put up a ruthless display as they whipped visiting Sunshine Stars 5-0 in Jos. Wikki Tourist were also taught some football lessons in Uyo where they were trounced 4-0 by high-flying Akwa United.

In Owerri, Heartland FC finally got their first win of the season as they beat Kwara United 2-0 at the Dan Ayiam Stadium.

There were also home wins for the trio of Lobi Stars, Kano Pillars and Katsina United who defeated FCIU, MFM FC and Niger Tornadoes.

However, Abia Warriors and Elkanemi Warriors were both forced to barren draws by Enugu Rangers and Enyimba FC.

In all 17, goals were scored in the Match Day 7 games decided across the country with Plateau United and Akwa United accounting for more than half of the total goals scored.