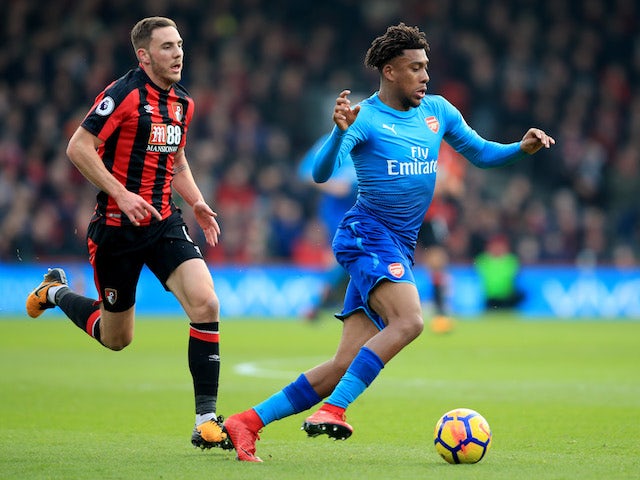 The poor run of Alex Iwobi and his Premier League club, Arsenal continued Sunday as the Gunners were beaten 2-1 by AFC Bournemouth at the Vitality Stadium.

Iwobi was handed another starting spot by Arsene Wenger in Sunday’s game and even though he bagged an assist, it was not enough to save the Gunners.

Hector Bellerin gave Arsenal a 52nd-minute lead, but goals from Callum Wilson and Jordon Ibe in the space of five minutes earned the Cherries a historic triumph.

With Sunday’s result, Arsenal have now gone four games without victory in all competitions.

The quest for at least a top-four finish is also in great danger as they could be as much as eight points adrift of the last Champions League spot if Liverpool beat Manchester City on Sunday.

On their part, Bournemouth’s victory which is their first in 2018 has lifted them four places up to 13th in the table, four points clear of the relegation zone.