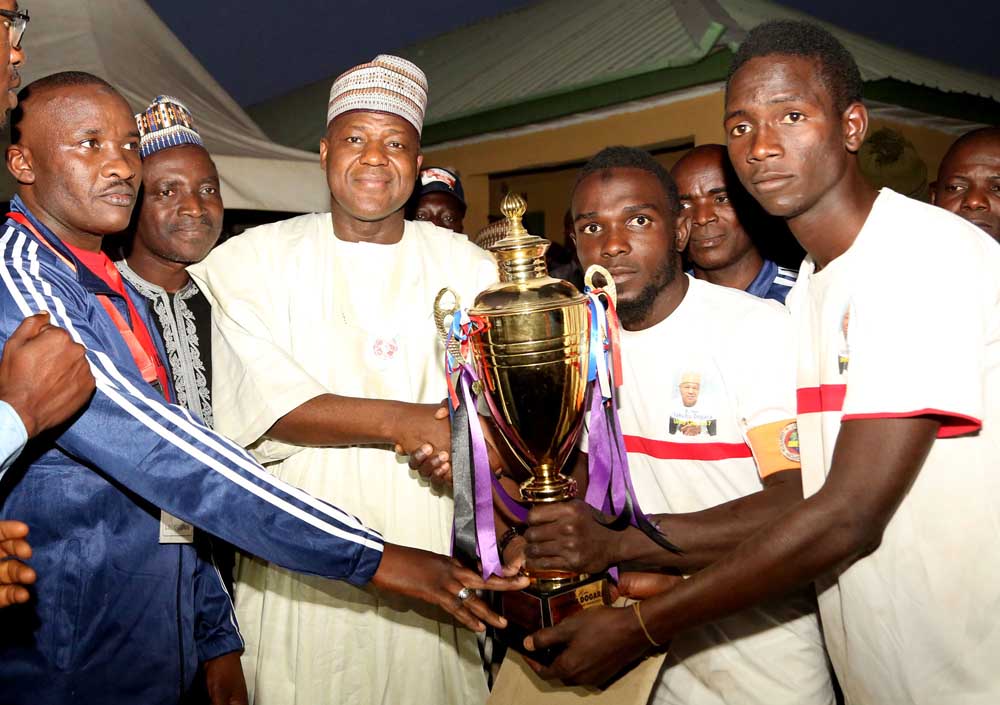 The Speaker of the House of Representatives, Yakubu Dogara, has announced the formation of a football club to be sponsored by him.

He said the move will boost sports in Bauchi State and promote youth with football talents from the state.

The Speaker disclosed this at the finals of the Dogara Unity Cup competition in Bogoro local government area.

Teams from seven local government areas in his Senatorial Zone participated in the competition, with Spiders, Dass team coming second place and 3sc of Bauchi team clinching the championship.

Speaking at the event, the Speaker said he was not happy that no Bauchi State indigene is currently in the lineup of the Nigerian national football team and announced that as from 2018, he will be sponsoring a football competition for teams from all the 20 local government areas in Bauchi to participate in order to brush up their talents.

He also added that he will invite officials from the Nigerian Football Association and local league to bring their scouts to the event from the quarter finals stage so that they can possibly pick from the best players for their teams.

This way, he said, Bauchi State will be put on the national football scene and grow to showcase its indigenes on the world stage.

Mr. Dogara also announced the formation of his personal club whose players will be drawn from players from the teams that participated in the just concluded Dogara Unity Cup.

He did not give the names and other details of the new club.