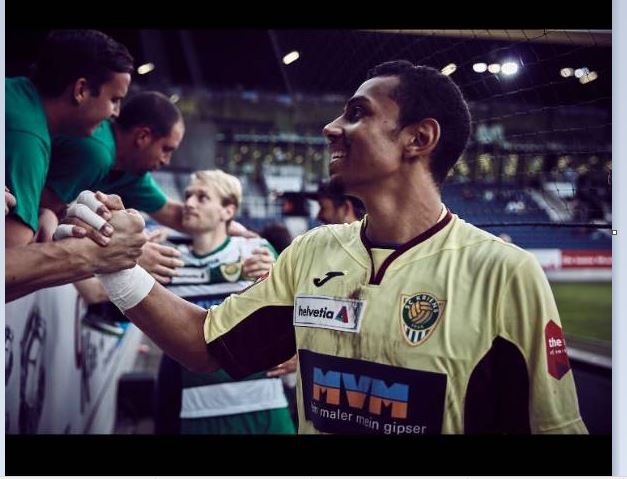 Super Eagles’ prospect, Sebastian Osigwe, could be joining a new club in the January transfer window, latest reports from his base in Switzerland indicates.

Already clubs across Europe have begun moves to shore up their squads and Swiss top side FC Lucerne are top on the list of those interested in signing on Osigwe for the remainder of the season.

Osigwe only recently made known his intention to feature for the Nigeria national team and for many, a move in January should further brighten his chances.

The 23-year-old goalkeeper, who currently plays for SC Kriens in the 1. Liga Promotion in Switzerland, has been in outstanding form for his club.

He has kept six clean sheets in 17 appearances before the winter break and his contribution has been massive for his promotion-chasing team.

FC Lucerne are currently struggling in the top flight as they sit second from bottom. They desperately need to stop leaking goals as they’ve conceded 34 in 19 matches.

Osigwe has represented Switzerland at the U15,16 and 18 levels but eligible to play for Nigeria at senior level; hence he is seeking a chance to show the Super Eagles handlers what he can do.

PROFILE: George Weah: First Ever World Footballer Of The Year To Be Elected President