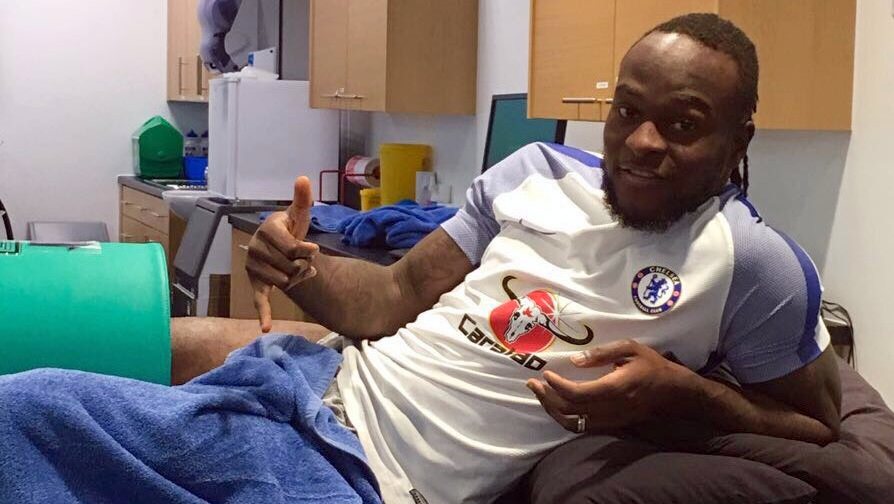 The Nigerian international, Victor Moses, has finally broken his silence on his latest injury setback.

The Chelsea ace who cupped a hamstring injury during the Premier League game against Crystal Palace confessed that that he is gutted by the development.

He was however quick to state that he is ready to put in extra work in order to return to action in the shortest possible time.

“Gutted to pick up an injury. Working hard to get fit & back on the pitch as soon as I can!” Moses wrote on his twitter handle @VictorMoses on Wednesday.

Already ruled out of the Champions League clash, Moses wished his teammates all the best as they face off against the Italian giants.

“Good luck to the boys tonight come on the Chelsea” Moses added.

Touted to be out of action for at least three weeks, Moses has already been ruled out of the Super Eagles final World Cup qualifying game against Algeria next month.

It is understood that Super Eagles Technical adviser is considering Henry Onyekuru to fill up the vaccum for Moses who incidentally scored one of the goals in the reverse fixture against Algeria in Uyo earlier in the year.

I am being persecuted for saying the truth – Senator Misau