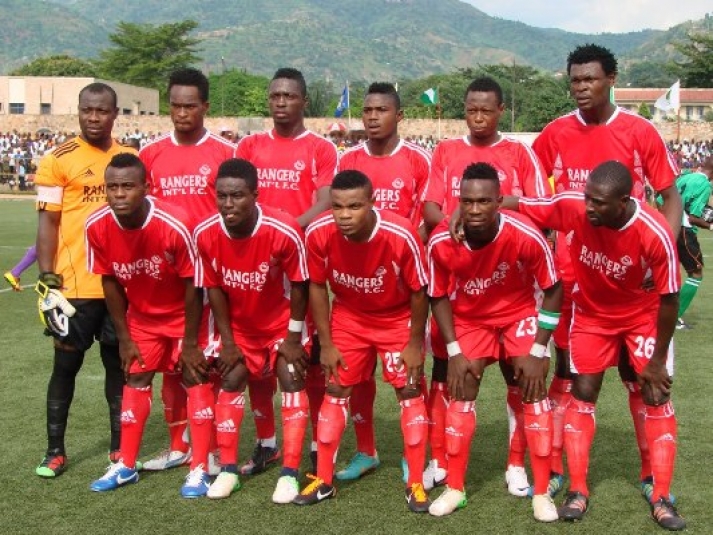 Following the recent dissolution of the Board and Management of the Rangers Management Corporation, among other decisions, Governor Ifeanyi Ugwuanyi of Enugu State on Friday inaugurated a 10-member Administrative Panel of Inquiry on Rangers International Football Club, “to carry out a diagnostic investigation of the problems of the Club”.

Mr. Ugwuanyi, while inaugurating the panel, stated that the measure was in keeping with his earlier resolve to “ensure the total revitalisation and repositioning of the Club for future challenges especially, in the light of the internal strife and the mismanagement of the Club”.

The governor regretted that the ugly development had continued despite his administration’s best efforts and interventions, saying that it almost resulted in the Club’s relegation from the Nigerian Premier League during the just concluded 2016/2017 season.

According to the governor, the panel’s terms of reference are to “investigate and identify all the factors responsible for the continuing crisis in Rangers FC and recommend appropriate measures to curb them; articulate a road map for Rangers FC; determine and recommend appropriate amendments to the Rangers Management Corporation Law that would align it with the road map and specifically enthrone robust governance structure with clear reporting lines in keeping with international best practices and transparent accountability framework.”

Other terms include to “investigate any other relevant matter(s) that may come to the knowledge of the panel in the course of the inquiry, not covered under paragraphs (1) – (3) above and generally, in the light of its findings, make recommendations which the panel may consider appropriate for the total and sustainable revitalization of Rangers FC”.

Mr. Ugwuanyi appreciated the chairman and members of the panel for accepting to lend their services to the state and to the teeming fans and supporters of the club and expressed confidence that they will deploy their wealth of experience, knowledge and competencies in the discharge of their duties effectively and satisfactorily.

Responding on behalf of other members of the panel, the chairman, Mr. Agu thanked the governor for finding them worthy to serve the state in that capacity, noting that Rangers FC means more than a football team to the Igbo people.

He assured the governor that they will deliver on their assignment in record time to ensure that the club receives the practical surgery it needs to bounce back to winning ways.