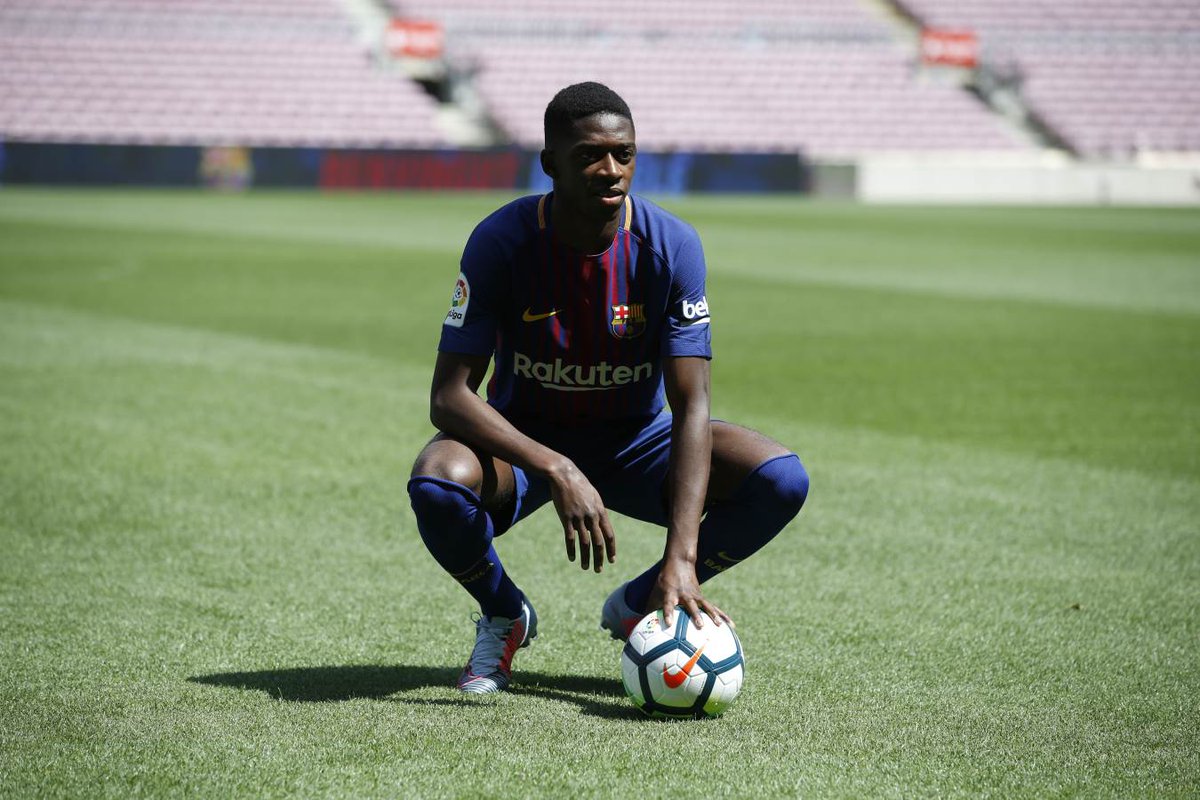 Barcelona have officially announced the signing of Ousmane Dembele from Borussia Dortmund for an initial £96.8 million fee, potentially rising to £135.5 million.

The 20-year-old France international signed a five-year contract at the Nou Camp on Monday in the company of Barca president, Josep Maria Bartomeu.

Dembele who is now the second most expensive player in the world after Neymar said he was excited at the move and a chance to play for the ‘best’ club in the world.

Dembele’s last appearance for Dortmund came in the German Super Cup on 5 August and he will hope he can hit the ground running as he looks to perfectly fill the vacuum created with the sensational exit of Neymar.