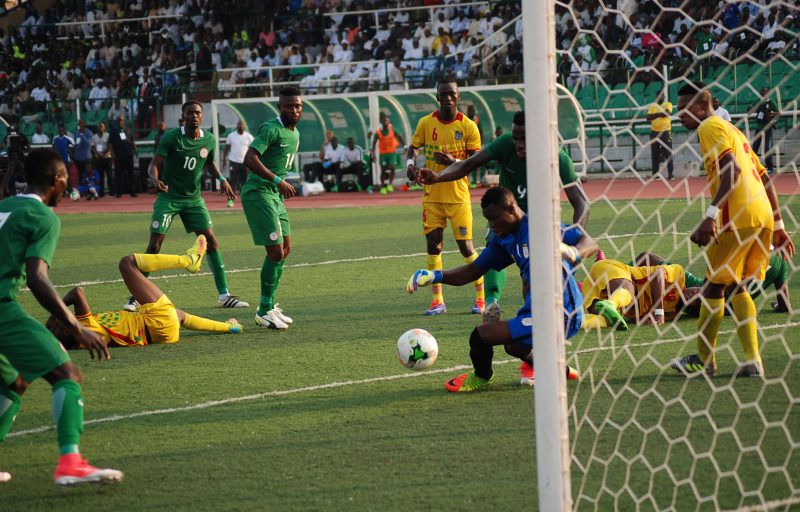 The Super Eagles B team have qualified for the Africa Nations Championship, CHAN 2018, to be staged in Kenya.

The home-based Eagles team secured a 2-0 win over the Benin Republic team at the Sani Abacha Stadium in Kano on Saturday.

The nervy win means the Nigerians scale through 2-1 on aggregate, after losing the first leg 1-0 in Cotonou last weekend.

Home boy Rabiu Ali got the first goal of the game for the Super Eagles on Saturday in the first to ease the pressure on the team.

The second goal came midway into the second half as Lobi Stars’ Kingsley Eduwo headed in the ball to double Nigeria’s lead.

The striker had been largely impressive before the goal came, and that goal capped a brilliant evening for him.

With Saturday’s win, it means the Super Eagles will make a third straight appearance at the CHAN tournament, having previously participated at the 2014 and 2016 editions in South Africa and Rwanda respectively.