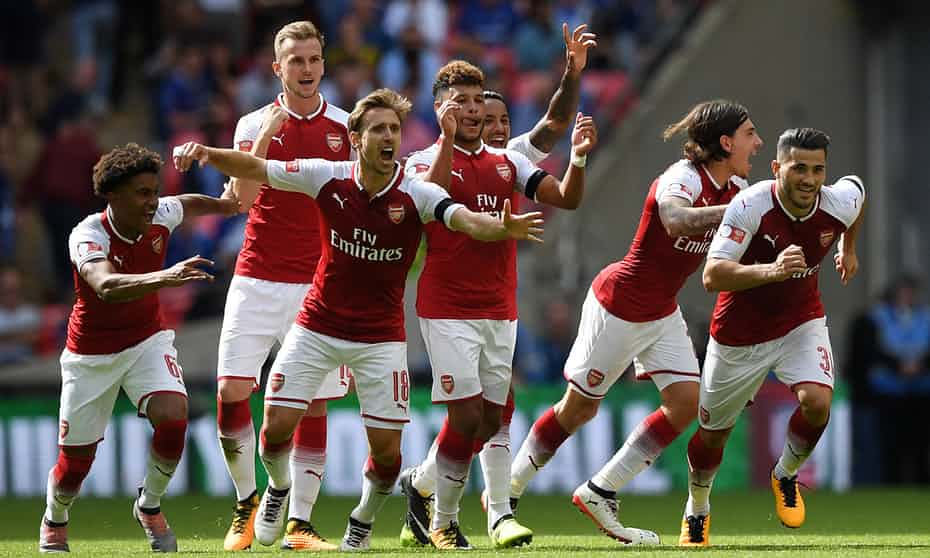 LIVE UPDATES: Arsenal vs Leicester City as Premier League starts with a bang

The long wait to have the English Premier League back on the screen is over as Arsenal play host to Leicester City in the season opener.

For the first time in two decades, Arsenal start the season with Champions League football not on their timetable.

To make up for that gap, the Gunners will be willing to hit the ground running right from the first game of the season.

Unfortunately, the records show that Arsenal have won just one of their opening day fixtures in seven seasons.

As they take on former champions Leicester City at the Emirates this Friday night, Arsene Wenger’s men need to be at their best.

A lot has changed since these two sides last met in April when Arsenal snatched a late slim 1-0 win gifted the Gunners courtesy of an own goal by Robert Huth.

There is so much Nigerian interests attached to this game with at least three Nigerians expected to taste action.

Stay with PREMIUM TIMES for Live Updates from 7.45pm

KICKOFF!! New signing for Arsenal, Lacazette get the game underway

Arsenal passing the ball around and hoping to split the Leicester City defense again. Corner kick for the Gunners.

CHANCE! Oxlade-Chamberlain whips a low shot but Schmeichel saves with no issues

GOAL: Vardy puts Leicester City in front… is this another opening day loss looming for Arsenal?

Vardy has now scored four goals in his last five premier league appearances against Arsenal. The England striker has the password to Arsenal’s defense.

Goal…. Arsenal equalises through Welbeck late in the first half.

HALF TIME: An explosive first half no doubt and while Arsenal fans may not be too happy with the first half scores, they should be happy with their record signing Lacazette who is just the 7th Arsenal player to score on his Premier League debut for the club.

Meanwhile, November 1994 was the last time Leicester beat Arsenal in the Premier League… They have shown enough promise tonight that they can reenact that magic moment. Let’s see how the next 45 minutes will go..

Arsenal seeing more of the ball in the early stages of the second period, looking to build on that goal scored late in the opening 45 minutes. Ozil is given a chance to shoot but drags his attempt a little bit of the target.

CHANCE: Cech to the rescue for Arsenal as he parries away the rising shot from Mahrez

GOAL: As rightly pointed out… Vardy knows how to score against Arsenal. It is now 3-2

CLOSE! Almost an instant impact from Ramsey, as he charges up the field to get on the end of a cross into the box. Fuchs done enough to put him off.

Iheanacho already brought in by Leicester…. Can he be the difference in tonight’s game

Seven goals on the opening day of action in the Premier League. It doesn’t get any better … Arsene Wenger spot on with his substitutions

With this vital goal tonight… Super sub-Giroud has scored his 50th goal for Arsenal at the Emirates Stadium (all comps).

Five minutes added time can Arsenal hold on or Leicester will get a share of the spoils at the Emirates??